The other day Andrew asked what I wanted for dinner. I gave him the usual, “Uhh…I don’t have any preferences…ice cream!” answer. So he suggested fish. Which is a lovely option. Andrew has also never let me down when cooking a fish dinner.

So, imagine my surprise, when I walked into the kitchen and saw this:

Yes, that’s right – Andrew bought an entire fish, head, eyes, gills, fins, and all. I believe it was a red snapper. I’ve definitely seen a whole fish before but I’ve never actually attempted to cook one. Neither had Andrew. Which led us to a bit of a predicament. But that’s what the internet is for, right? With a little video help, Andrew had the fish descaled and de-finned in no time. The funny thing is, remember this? Just when I thought I would never ever have a use for a fish de-scaler…well…

I admit, I touched the eyeball. It felt…squishy. Definitely more squishy than a human eyeball.

I basically left this entire meal up to Andrew. He cooked the entire fish (minus the head, tail, and fins) by drizzling it with some olive oil and seasoning it with a ton of garlic, salt, and pepper. He then wrapped it in aluminum foil and baked it in a 350º oven for 45 minutes. It turned out pretty good.

I think Andrew enjoyed it. 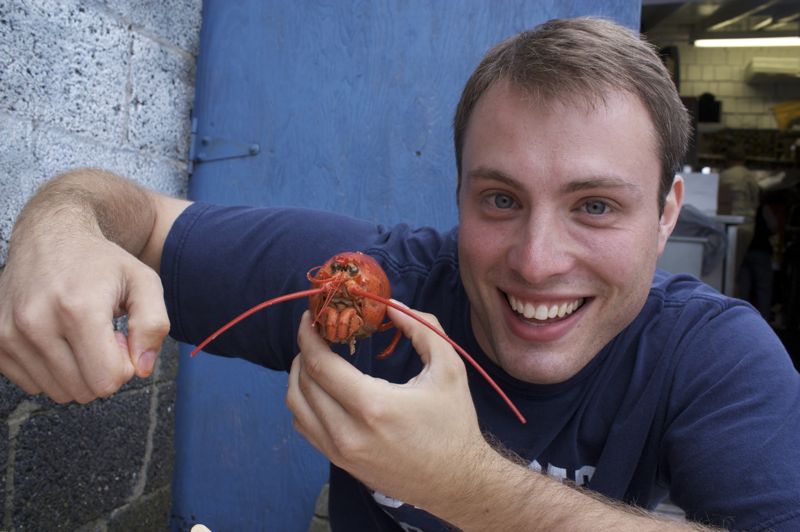