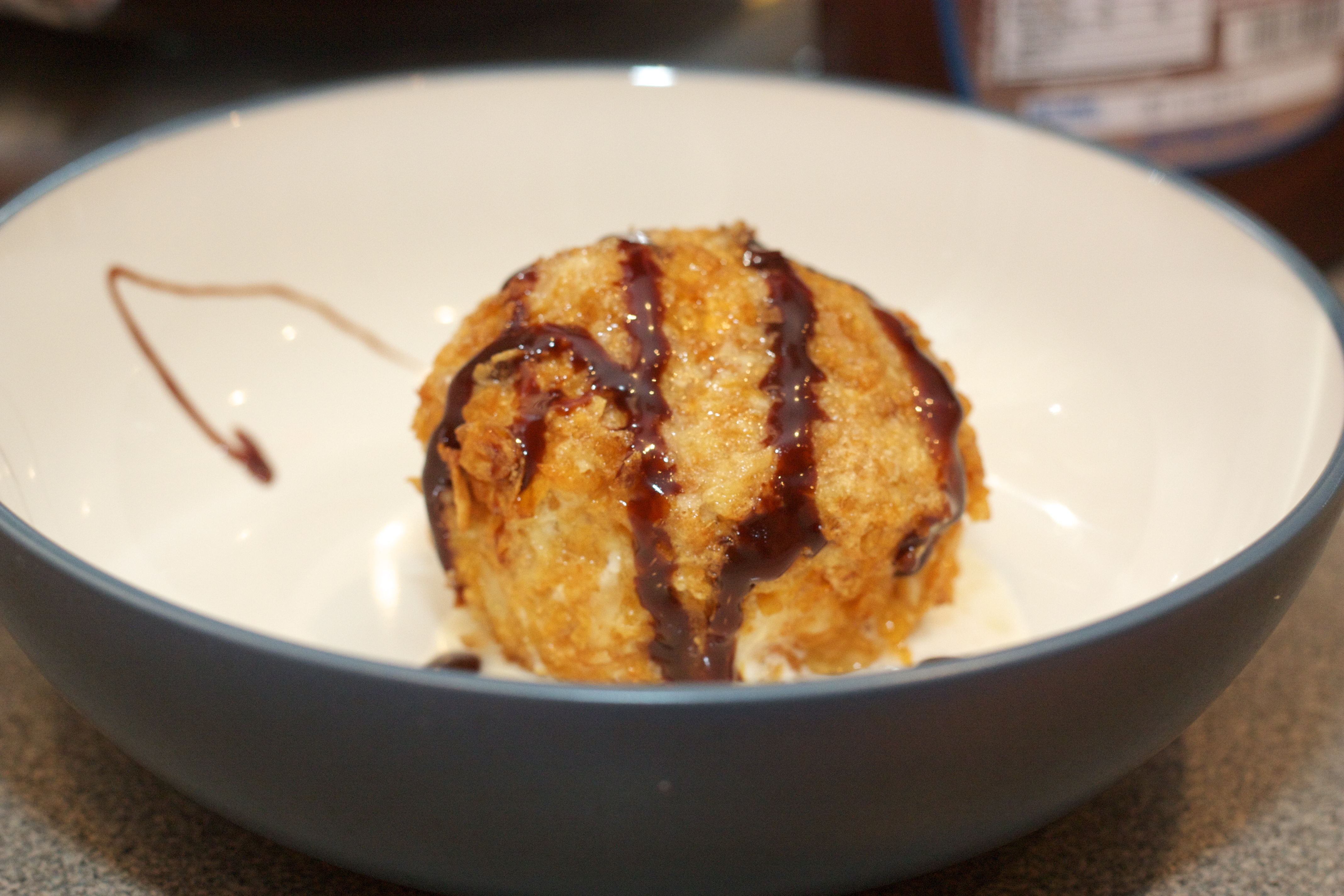 Not wanting to waste the large quantity of oil required to run the deep fryer, Andrew decided we should continue our Fry Day extravaganza for another day.

I knew this when I went to the store the other day, so we had a whole arsenal of new fried foods to try tonight.

I decided to make spring rolls. I bought the wrappers even though they are super easy to make (it’s literally just flour and water mixed together to make a dough) and I used stir fry mix for the filling. I sautéed the vegetables in a little bit of sesame oil before chopping them up finely and mixing them with a little bit of garlic powder and oyster sauce.

A quick dip in the oil and they got deliciously crispy on the outside while the filling stayed piping hot. Dipped in a little bit of sweet chili sauce and if we didn’t have so much other food, I could have eaten four of them. Instead we froze the extras for future Fry Days.

Andrew made coconut shrimp from scratch. He dredged the shrimp in a little bit of egg, flour, and then breadcrumbs and shredded coconut. They were a little light on the coconut (we couldn’t quite figure out how to get more of it to stick), but they were still good. I generally don’t like coconut, but for some reason, when it’s toasted on shrimp, I’m good to go.

For dessert I decided I wanted to try to make deep friend ice cream. I wanted to do it yesterday, but apparently it takes like 5 hours to prepare. First you have to scoop out balls of ice cream and let them harden in the freezer. Then you dip them in an egg and sugar mixture before rolling them in a coconut and corn flake crust. That then goes back into the freezer to harden before dropping them in hot oil for about thirty seconds.

The crust is crispy and sweet and you have to basically hoover the ice cream before it melts, but it was a tasty treat. I’m not sure it’s generally worth the effort, but it was fun to try.

I would consider Fry Day #2 to be a success, but I’m also good with not eating any fried food for a little while.