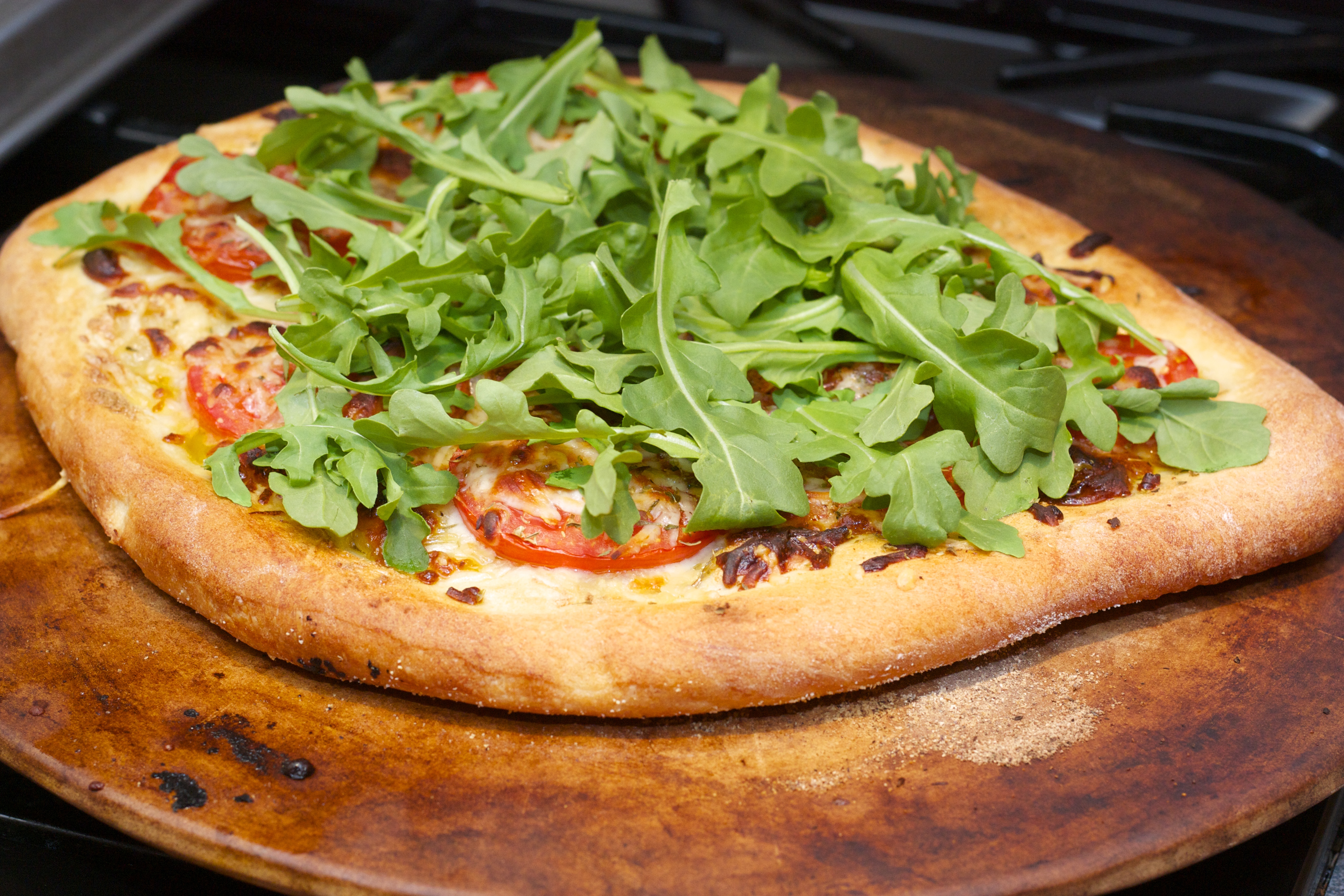 The longest part of making this pizza is roasting the garlic which is mostly letting it roast in the oven. I made this pizza after running around the neighborhood three times and then stopping at the store to buy a single head of garlic, for which I paid using a credit card. Yes, I’m that person.

This pizza was so good though. The tomatoes were juicy and the parmesan was salty and the arugula had a definite peppery smell. We ate the entire pizza in a flash. Also, all the arugula on top of the pizza totally makes it look like there’s a salad on top of there which means this pizza is super healthy (although, in reality, I don’t think it’s too bad for you).