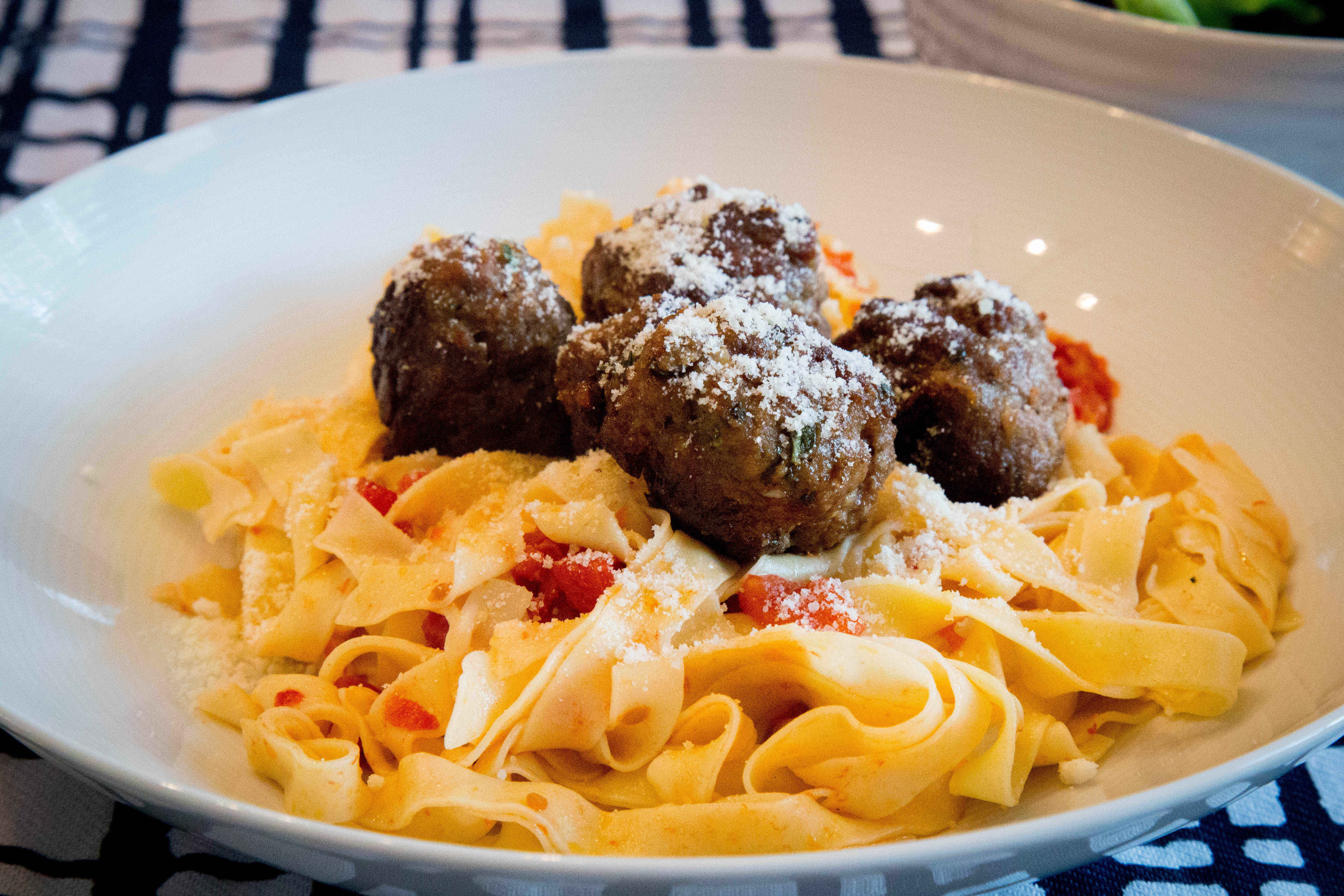 Our Sunday after daylight savings was a full one. After unintentionally sleeping in because we forgot to change our clocks, we got up and went into the city to see Johnny’s last high school drama club production. They put on Footloose which was an impressive undertaking with a huge cast and  lots of production.

The show was over 2.5 hours long so after we finished there we hopped in the car and drove straight to Jen and Evan’s. When we got there, the table was set and they were putting the finishing touches on dinner.

Apparently they had been busy making homemade pasta and there were piles of it waiting to be cooked on a number of the available horizontal surfaces.

There were also dozens of little meatballs warming in the oven.

As a starter, along with a salad, there was fresh bruschetta with toasted bread. Jen used the cutting board we made her as a gift for being in our wedding!

The fresh pasta was tossed in a chunky tomato sauce that was warm and steamy.

It was a really good dinner and we definitely ate until we were full. After dinner we sat down to watch Skyfall (I really like James Bond movies) and gorge ourselves on chocolate chip and sesame cookies. They were so addictive I couldn’t stop eating them.

With all the random snow storms we’ve been getting lately, it’s been a while since we’ve had Sunday Night Dinner together. It was good to get back to our routine and have some time to chill out before starting a new week.