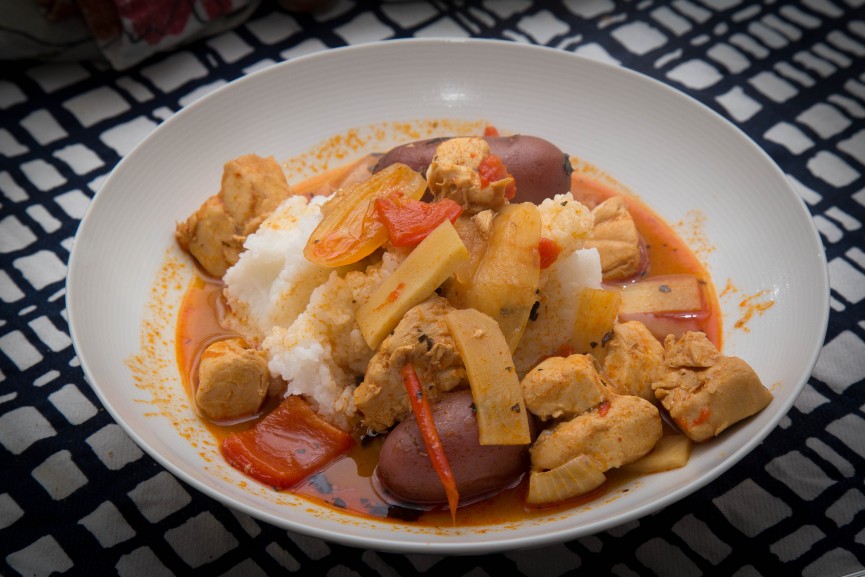 Since Owen is still new to town, Andrew and I decided to bring dinner to Jen and Evan’s this week. Being that we did a poor job planning, we decided to break out the trusty pressure cooker once again. This week I decided to make Thai red curry with chicken, which we served over rice. Once again, the pressure cooker did it’s thing and after twelves minutes of cooking the curry was good to go. We made the curry and the rice ahead of time and just drove down with them to Jen and Evan’s. Once we got there, we plugged the pressure cooker and the rice cooker back in to let them warm up again before serving.

One thing we learned. I am bad at making rice. I think I knew this before, but today’s rice icebergs (or ricebergs as Evan called them) confirmed that I’m doing it wrong.

After dinner we gathered together to light the candles for the first night of Hanukkah.

I’m glad we got to welcome Owen to Sunday Night Dinners. There have been a lot of life changes since we started and it’s fun to start a new chapter. Sunday Night Dinner, first night of Hanukkah…this has been a good start to the week!