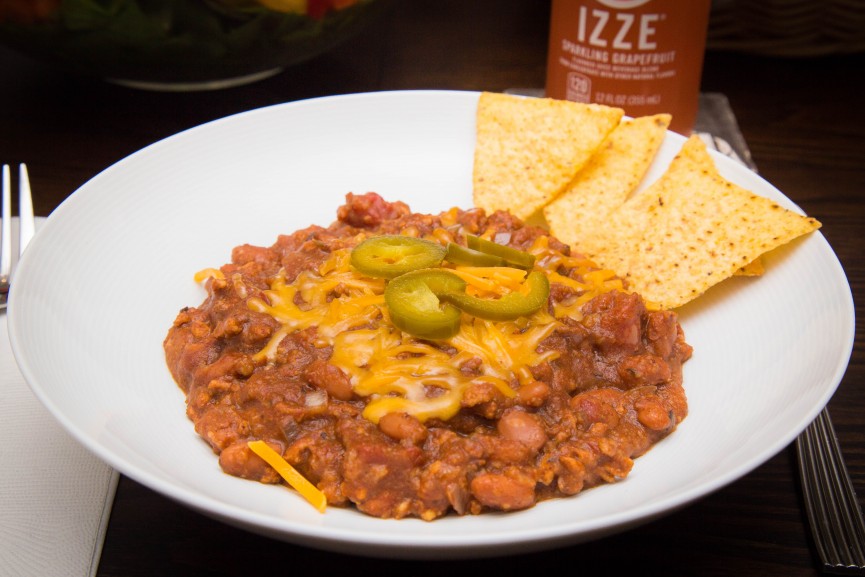 After a lazy day relaxing around the house we went back down to Jen and Evan’s for Sunday Night Dinner. Jen usually cooks, but this week Evan stepped up and made dinner. In an effort to will December into thinking it’s actually December and not May, he made chili. I guess I shouldn’t be complaining about 70 degree weather in December, but it’s weird.

It seems as though everyone has their good-ole standby chili recipe. Jen and Evan’s is from the Food Network. Mine is from an old Rachael Ray cookbook (perhaps it’s the same as the one from the Food Network). It’s a good recipe to have in your back pocket though. It’s not a ton of ingredients, requires little prep, and you end up with good filling meal.

It was also the last night of Hanukkah! The past eight days flew by. We’re firmly in holiday season now!