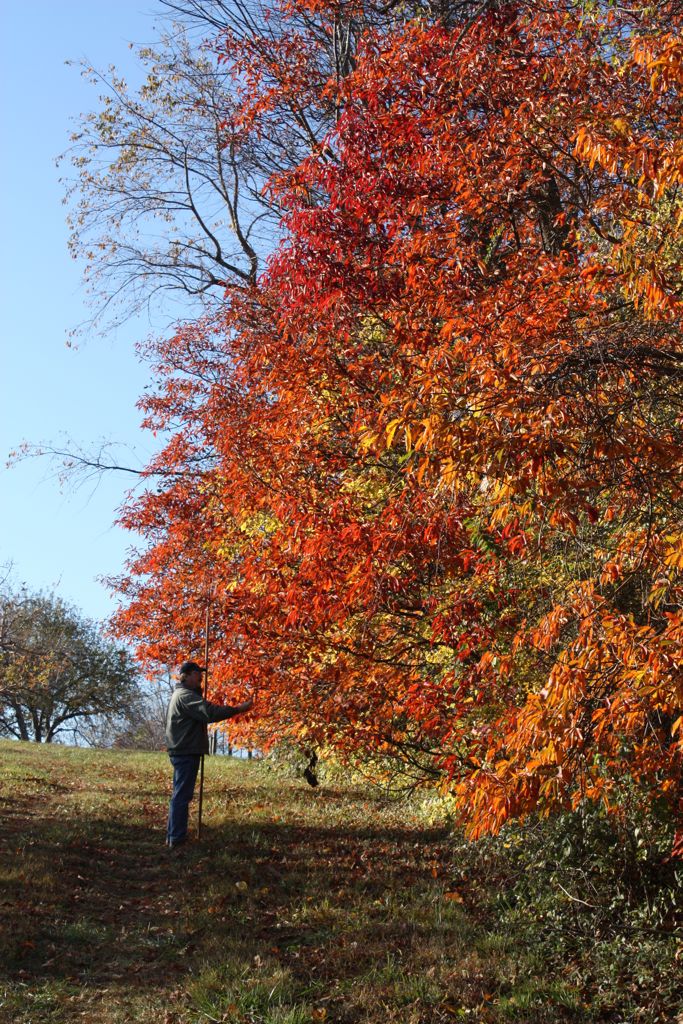 We went apple picking the other day. Those are apple trees in that picture down there. Except there are no apples on them. I’ll get to that in a minute. But look! Doesn’t it look so perfectly fall? I love the autumn. I love the crisp air and the bright colors. Autumn reminds me of my childhood. I grew up in New England. And fall is our season. We know how it’s done. And one of my best memories of growing up is going apple picking. 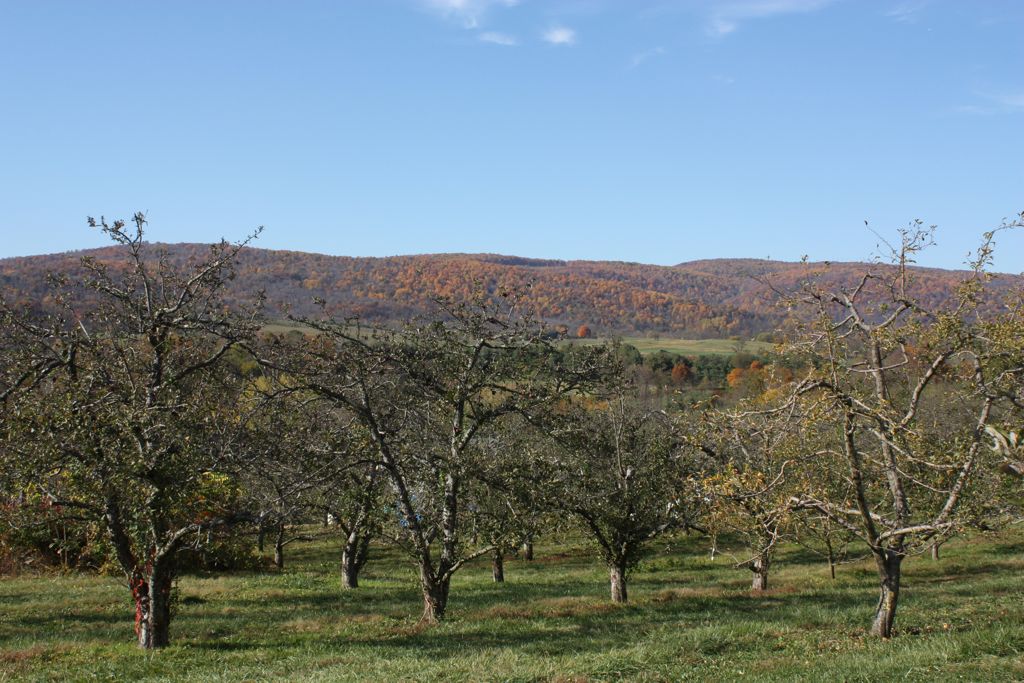 When I was younger, The Jackster would take me apple picking with the Millers. Arthur and I would run around picking the biggest, shiniest, most beautiful apples we could reach. After a half hour our bags would be overflowing with delicious, juicy apples ready for eating, baking, and cooking. 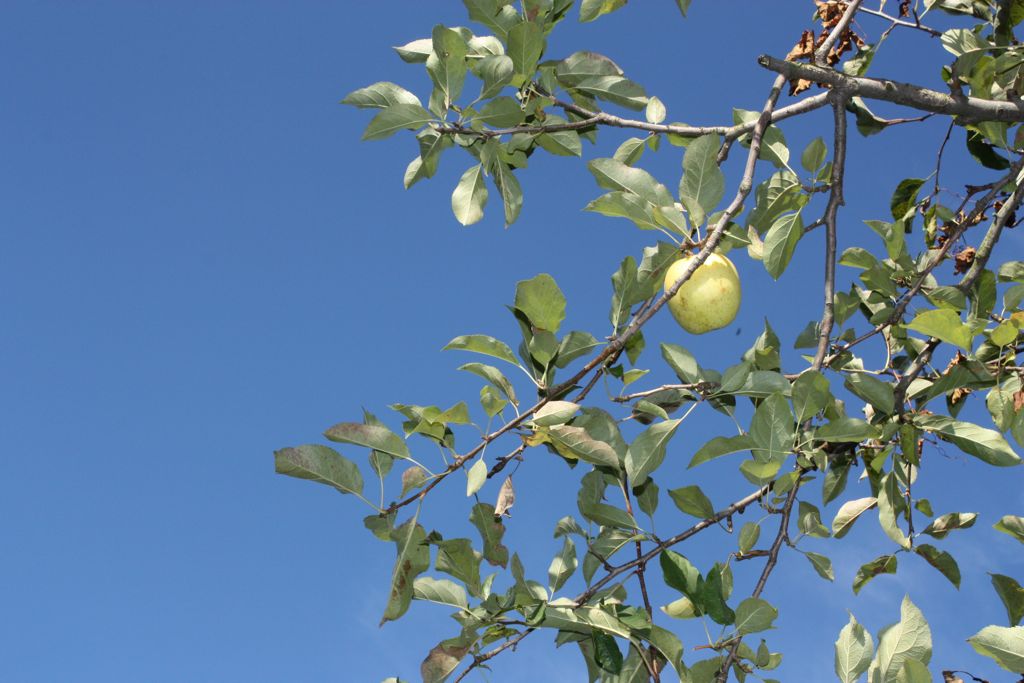 We went rather late in the year so a lot of the apples had already been harvested. And many of the ones that were still on the tree were rotten. It took a little more searching to find apples that were actually good. 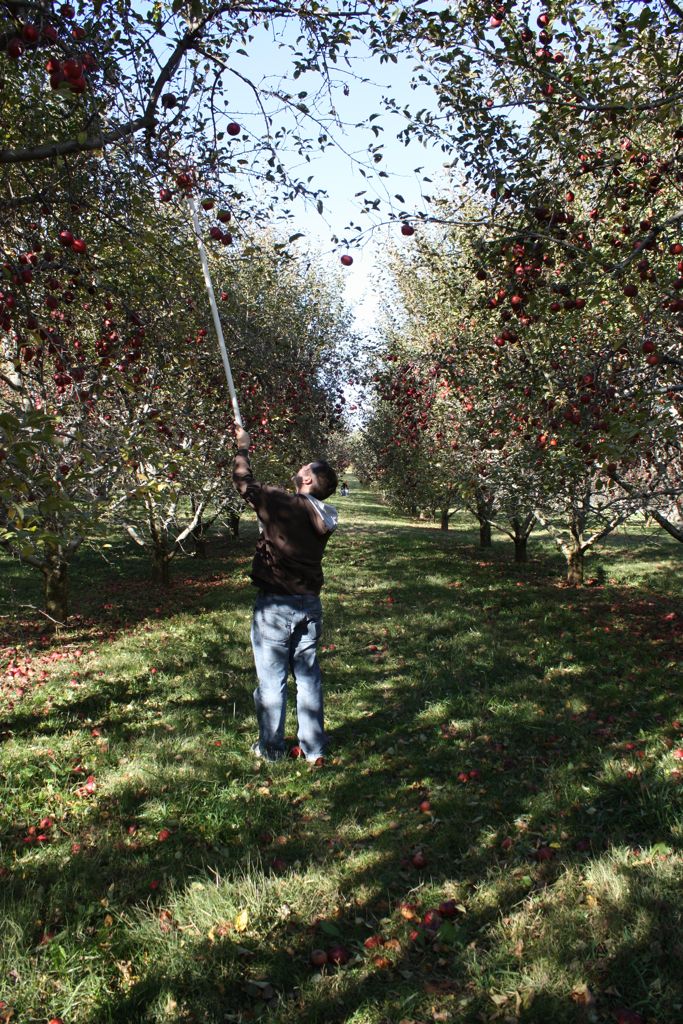 It was Andrew’s first time apple picking. I was almost beside myself with disbelief that anyone could go 24 years without ever going apple picking. It was just a shame that there wasn’t a hayride too (although, he might have been glad about that one) just to complete the experience. 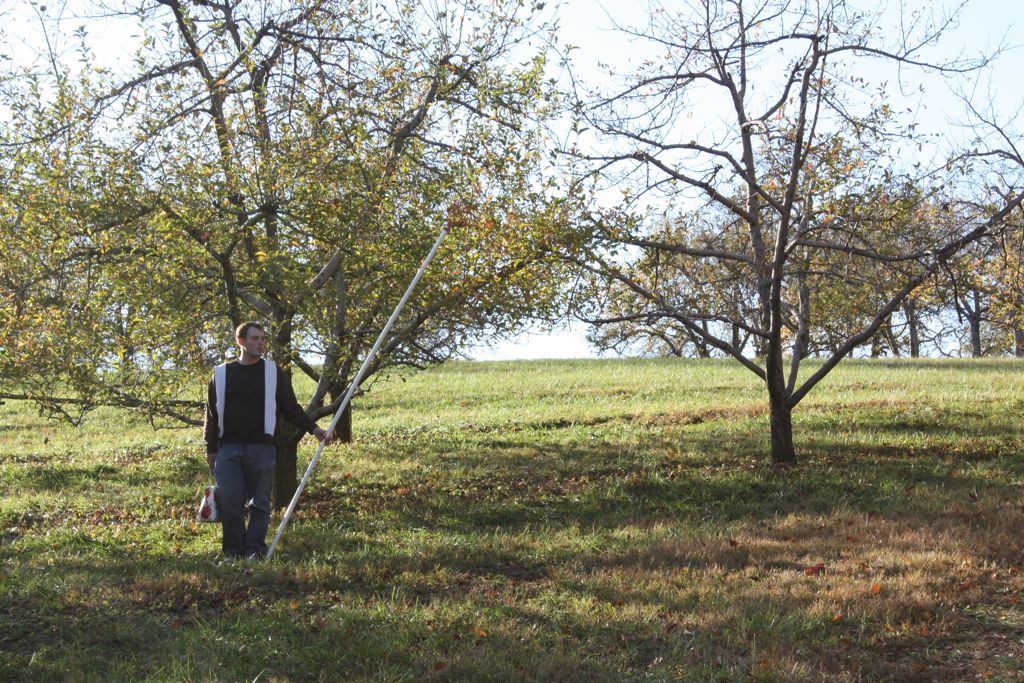 I think he still had fun though. Plus he got to use the crazy, giant apple picker thing. It took us a while, but we managed to find about a peck of apples. Right as we were leaving we found a tree with a bunch of ripe apples that hadn’t started rotting yet. 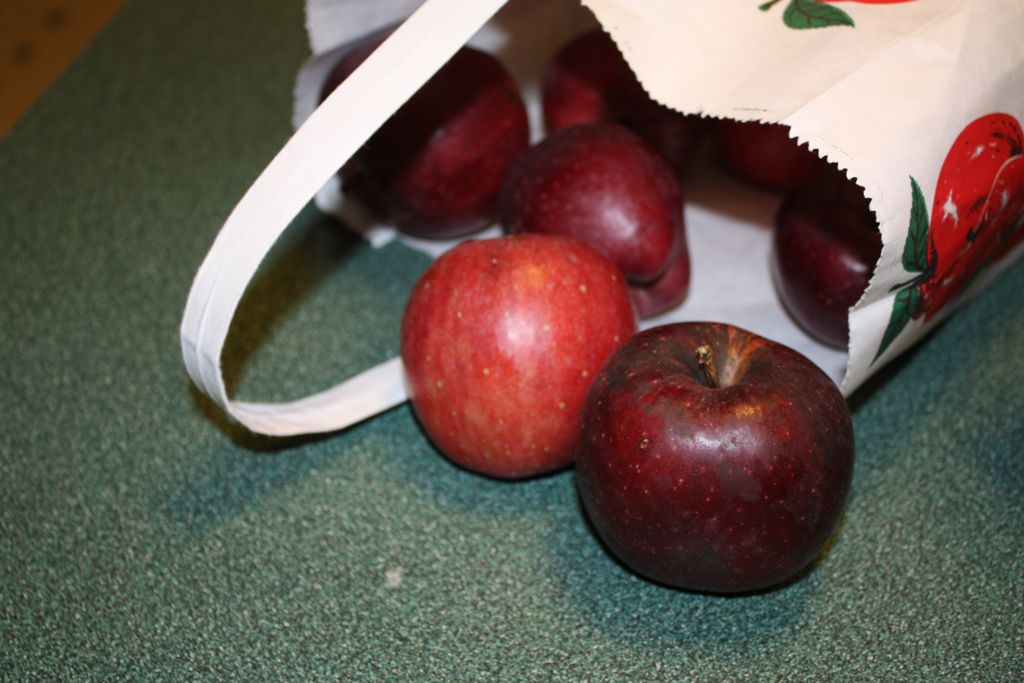 I was so excited I did a handstand (plus I like doing handstands in random locations). 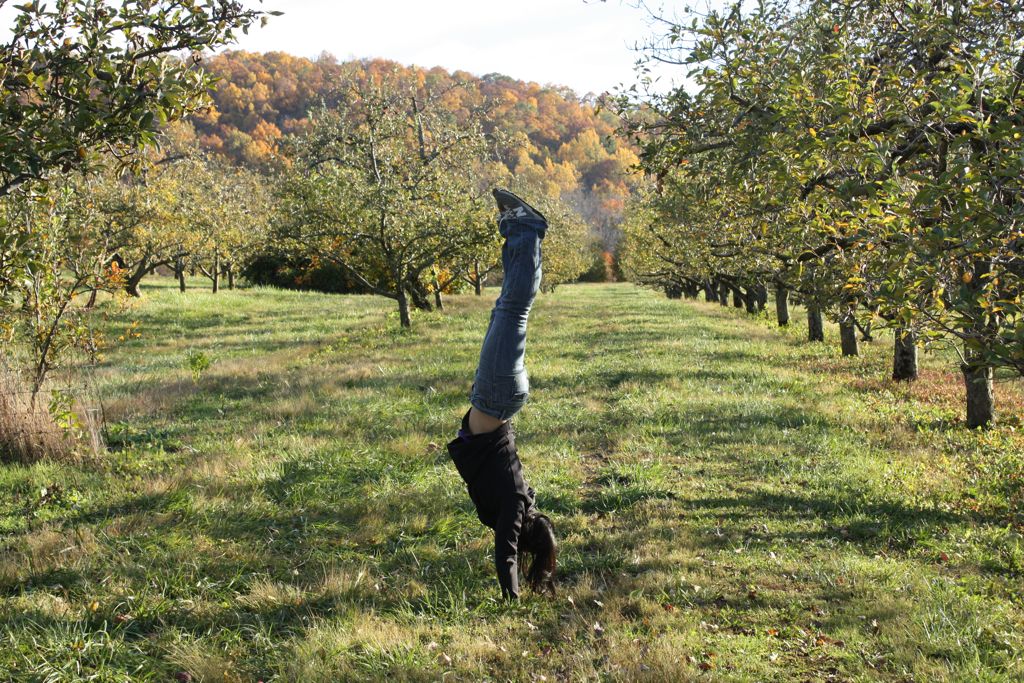 On our way out from the orchard we stopped to see if they had any delicious goodies for us to purchase. I could smell apple cider donuts but they didn’t have any for sale. Since it was late in the day most of the treats had been snagged by other people. We did find a cat who seemed to be living the life though. 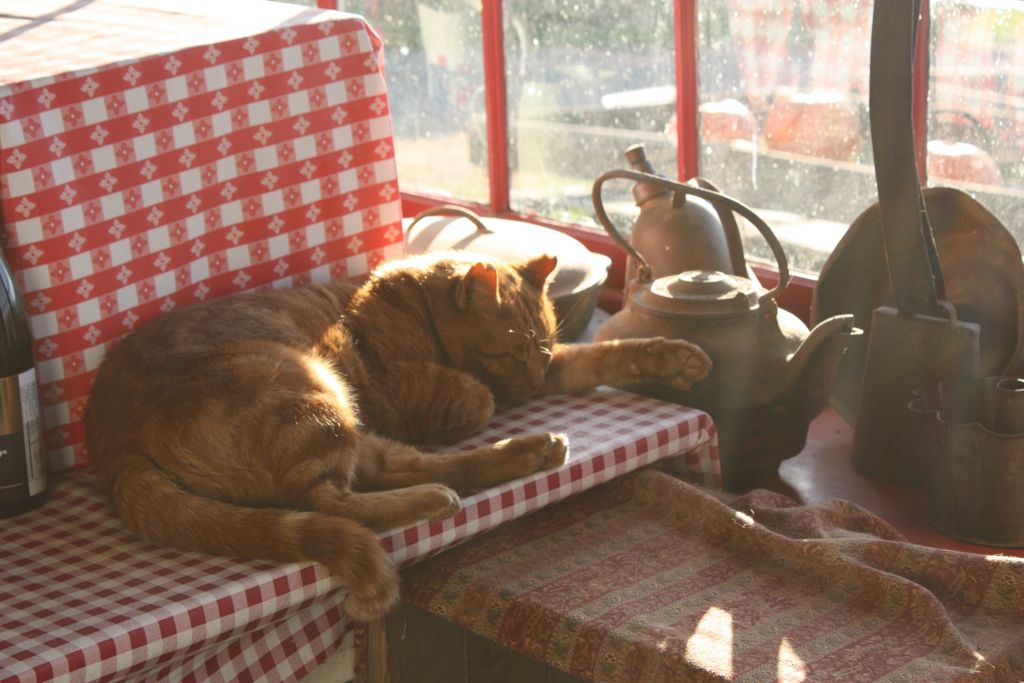 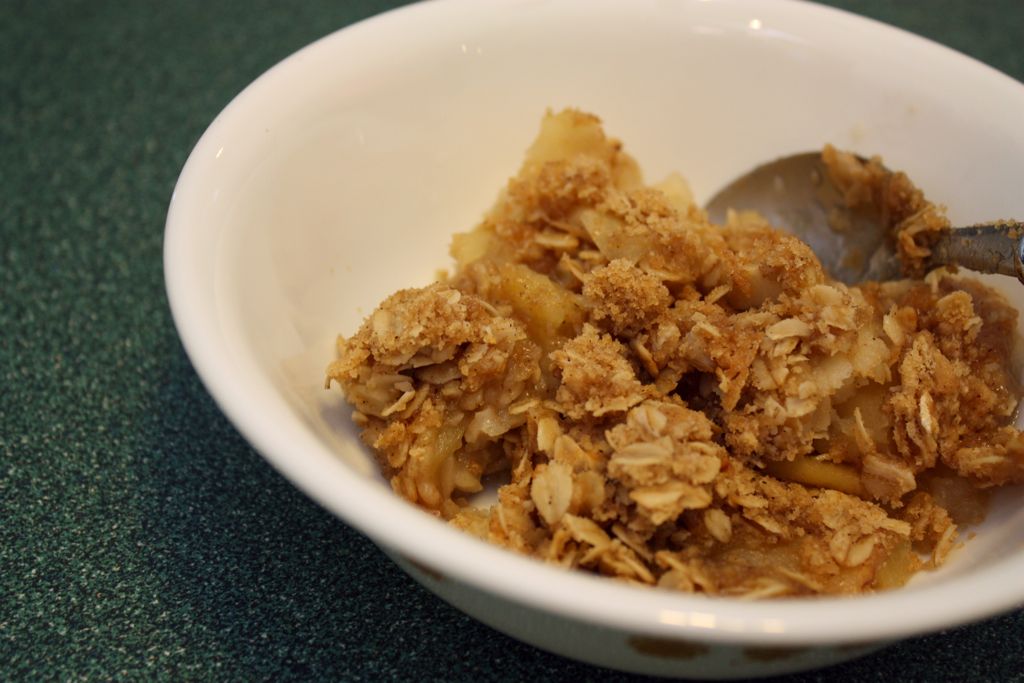 I seriously could eat apple crisp every single day. It got to the point where I was making an apple crisp a week. I can’t get enough of it. So, without further ado…

adapted from The Disney Family Cookbook 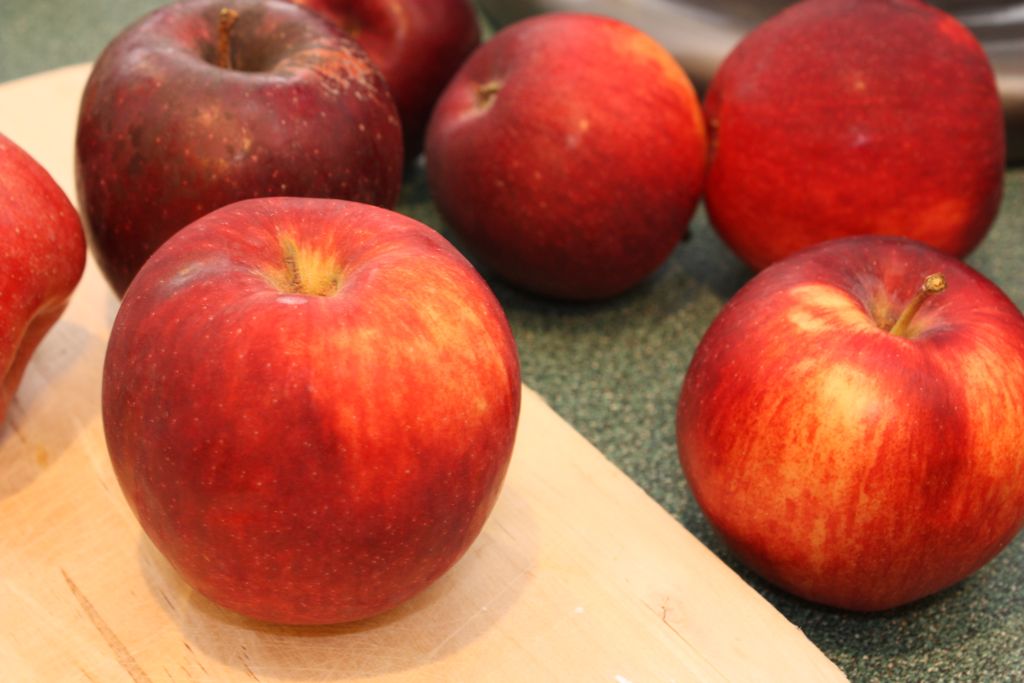 Start off by peeling, coring, and slicing the apples into about 1/4 inch thick slices. Our apples were small so I used almost 10 of them, but 5-6 large ones should do you well. Layer the slices into a buttered and floured casserole dish or other baking pan. I use a 9×9 baking pan. 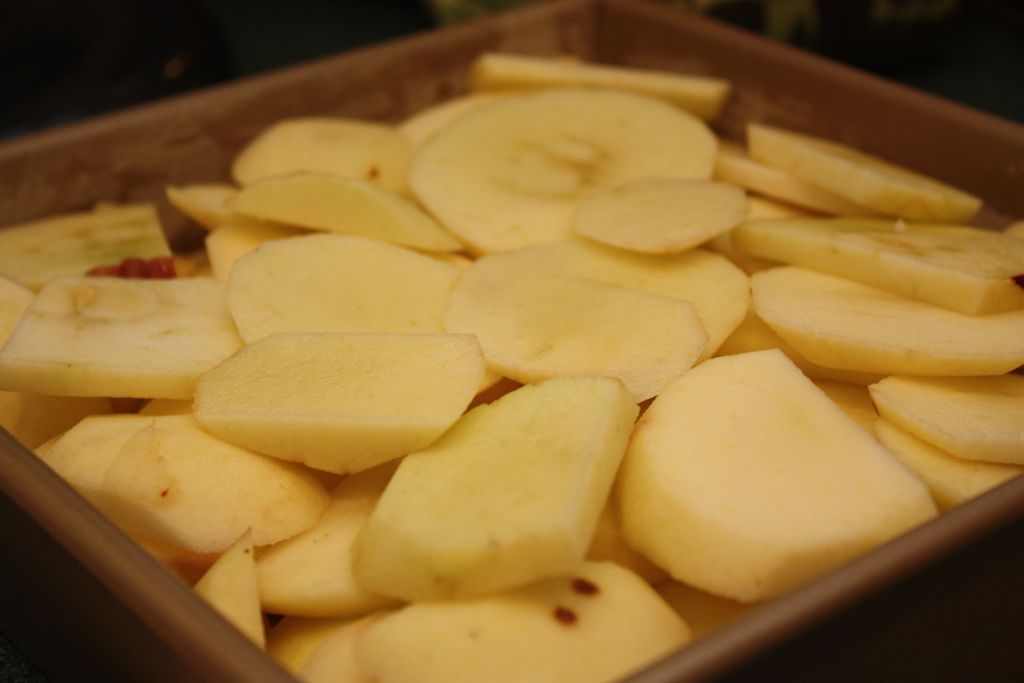 In a separate bowl, combine the oats, flour, brown sugar, butter, cinnamon, and salt. Blend until a coarse crumble forms. 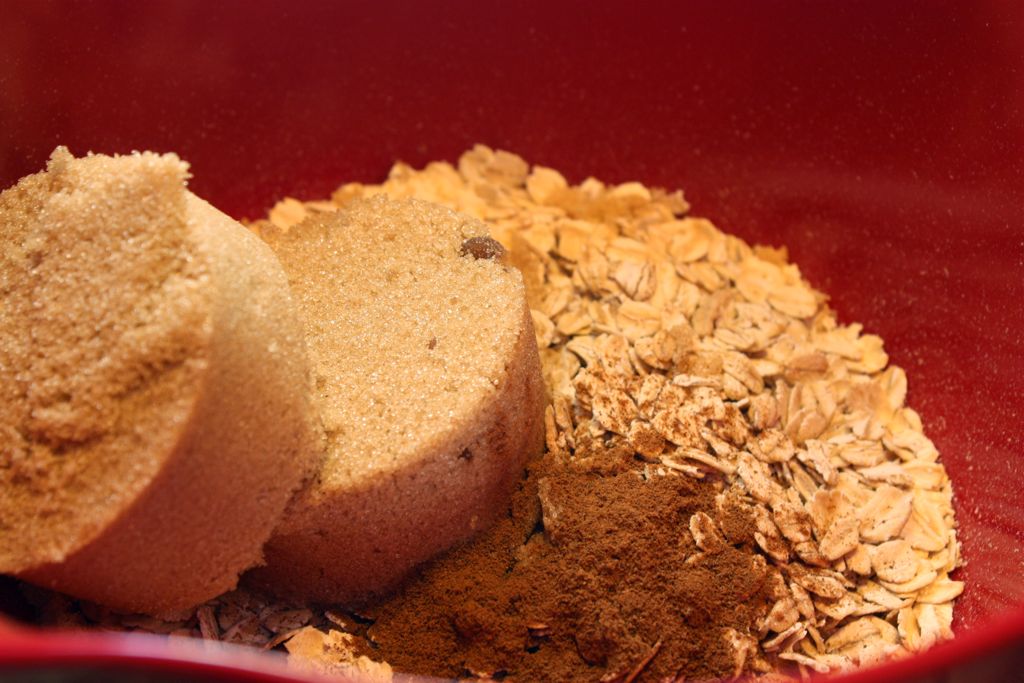 Then, spread the crumble over the apples and sprinkle with the juice. 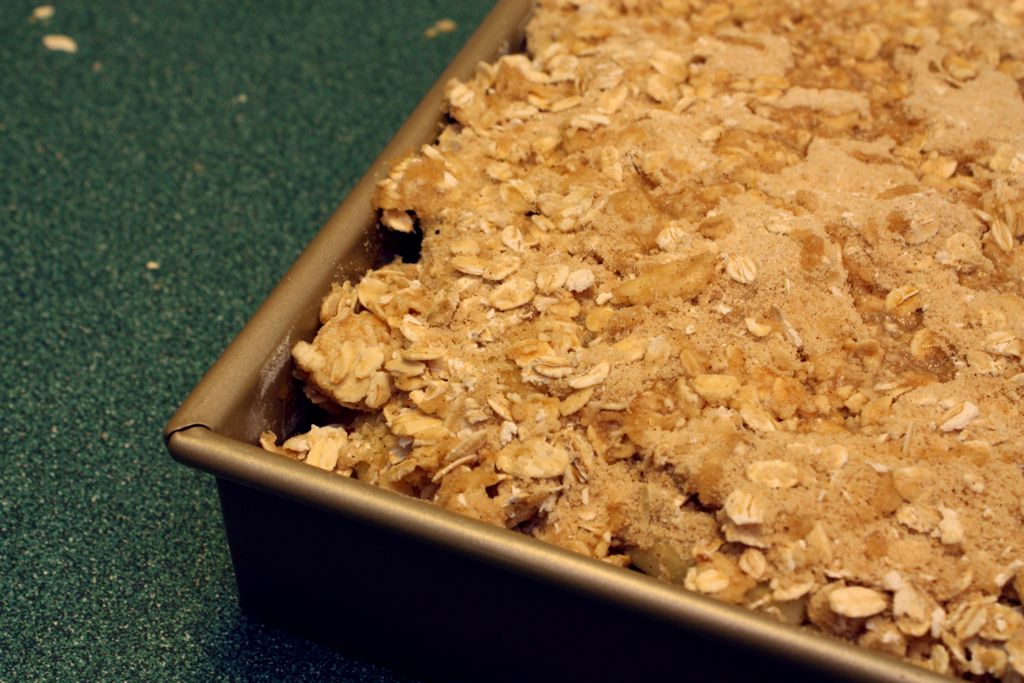