Now what’s Hanukkah without some good old fashioned potato latkes? Nothing like taking some grated potato, mixing it with a few simple ingredients, and frying them in a whole lotta oil. Which is exactly what we did.

I have to admit, I’m not the biggest latke fan. It’s something to do with the fried-surface-area to potato ratio that I don’t like. I like lots of potato. I think that’s why I like home fries instead of hash browns and steak fries over crispy fries. But for Hanukkah, I’ll have a few latkes. And gosh darn it, I’ll enjoy them! 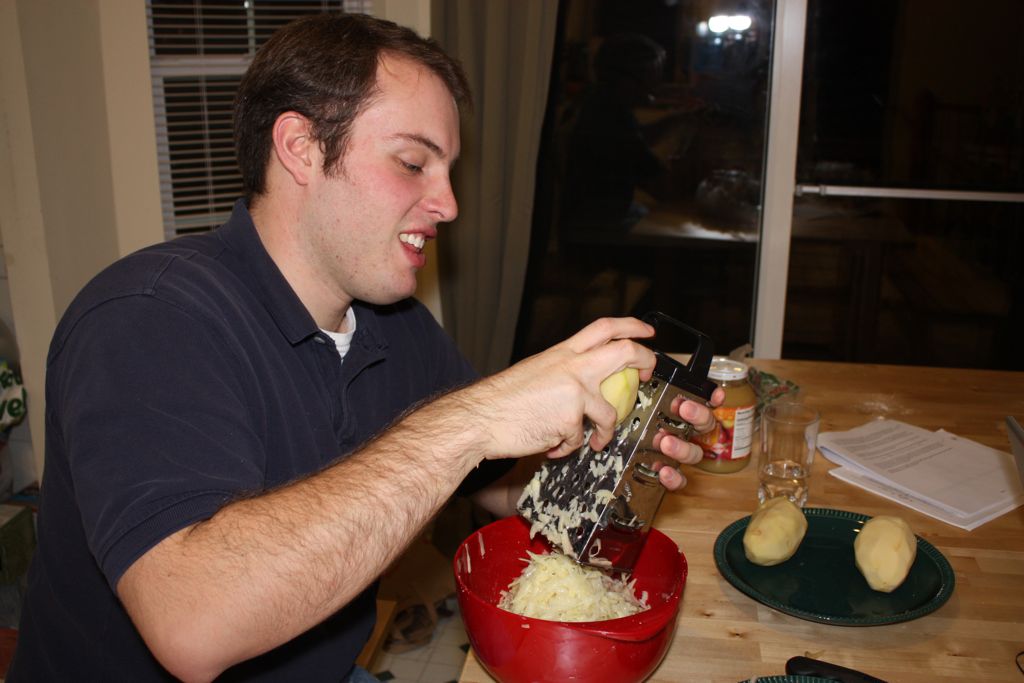 Instead of just making some of the regular potato latkes, we decided to mix it up a bit and expand our latke horizons. In addition to the heaping number of traditional latkes, we also made a plate of potato and zucchini latkes, and some sweet potato latkes. And if I do say so myself…yum!

All the latkes are made the same way. And it couldn’t be easier!

Mix the grated potato, onion (if there is any), eggs, flour, baking powder, and spices together in a large bowl. Heat up about 1 inch of oil in a frying pan. Drop by heaping spoonfuls into the pan. Flatten with the back of the spoon.

Fry on each side for 3 to 4 minutes until golden brown.

Remove from oil and drain on copious amounts of paper towels. Serve with applesauce and sour cream (not salt and pepper! These are latkes, not hashbrowns!).