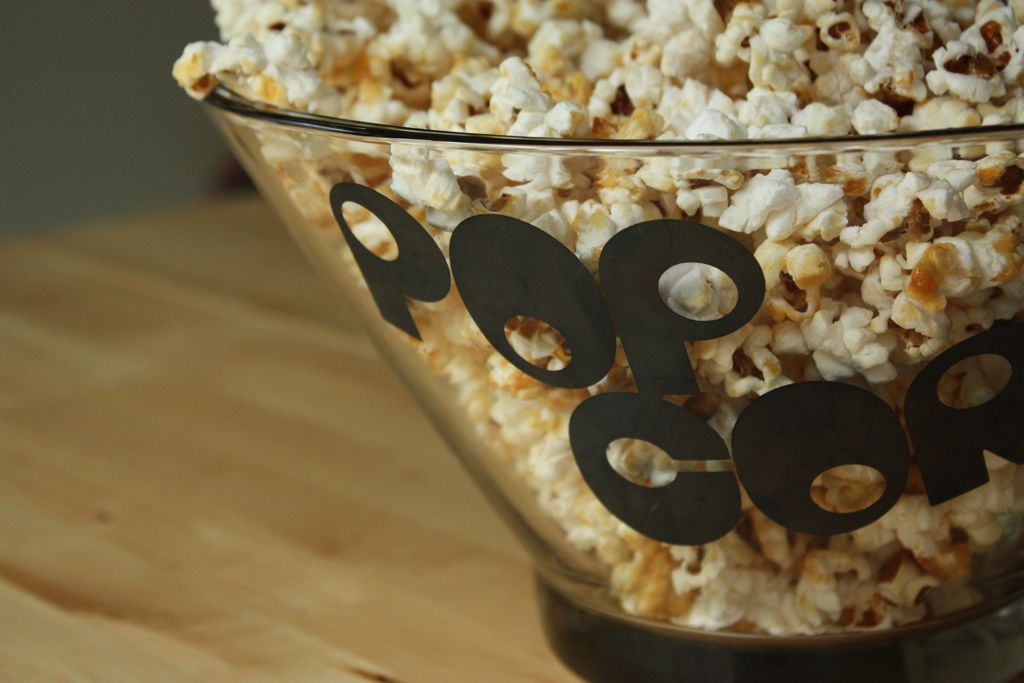 I’ve recently become obsessed with kettle corn. It’s sweet, it’s salty, and I can’t get enough. Except apparently short of a state fair, street festival, or amusement park, kettle corn is hard to find. I managed to snag a bag from Trader Joe’s last week and then I may or may not (or may) have sat on the couch and devoured the entire bag. 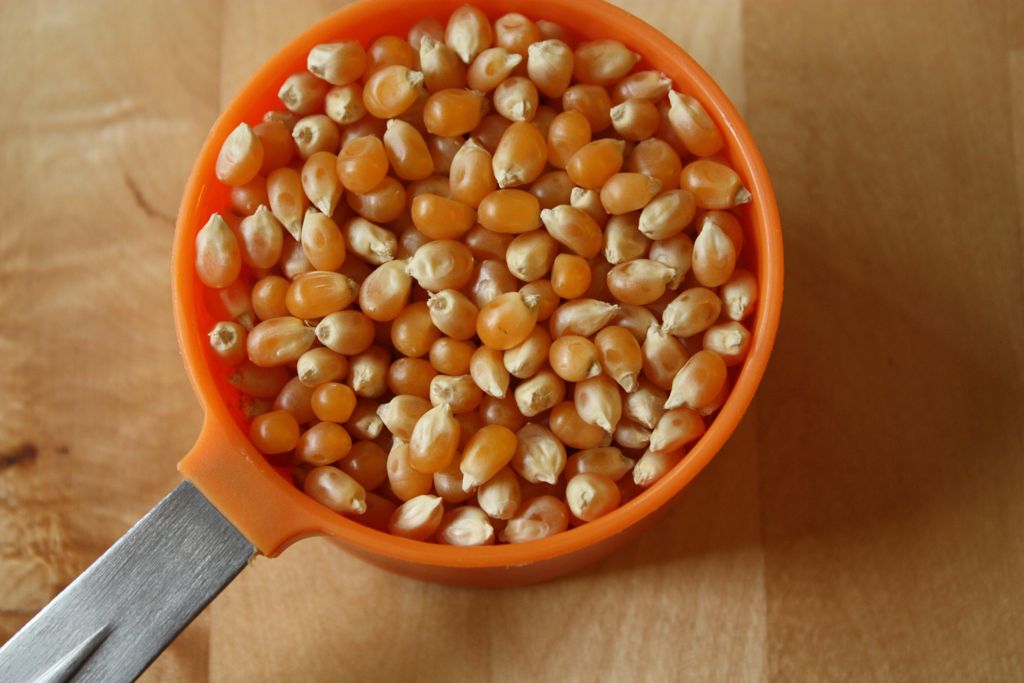 So today when I had yet another hankering , I decided it was time to take matters into my own hands. For some reason the guys at the fairs with the huge copper kettles, giant wooden spoons, and large open flames led me to believe that making kettle corn was hard. Turns out it’s not. It takes four ingredients and 15 minutes. 21 minutes if you include how long it takes to eat the entire bowl.

Heat the oil in a medium pot over medium heat. We knew the oil was ready by sprinkling a few drops of water and hearing them pop. 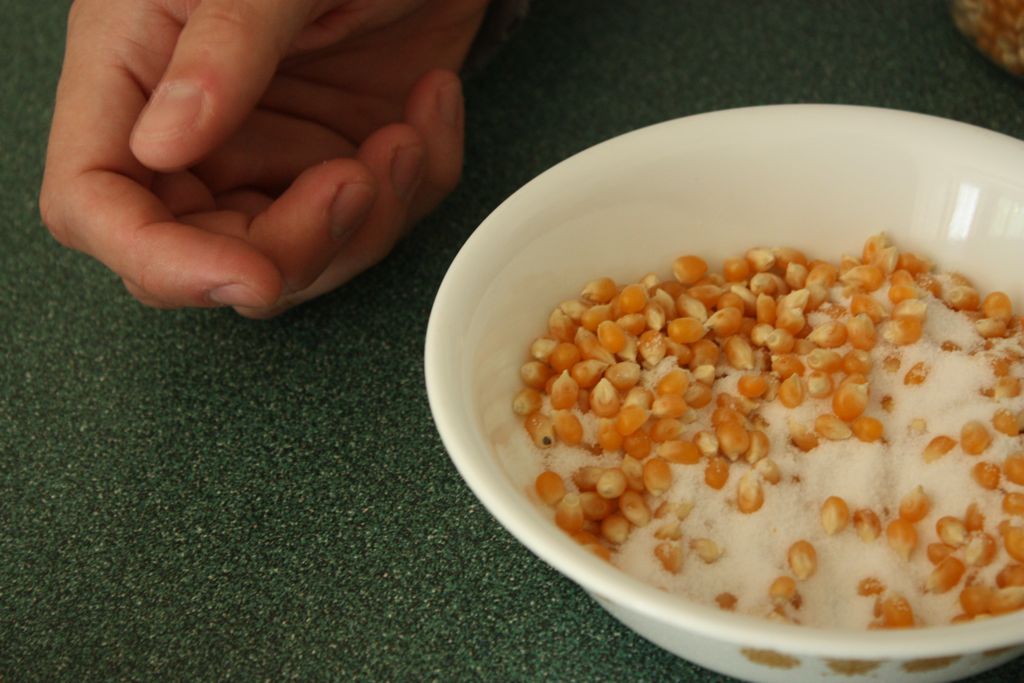 In a separate bowl, combine the popcorn kernels and the sugar. 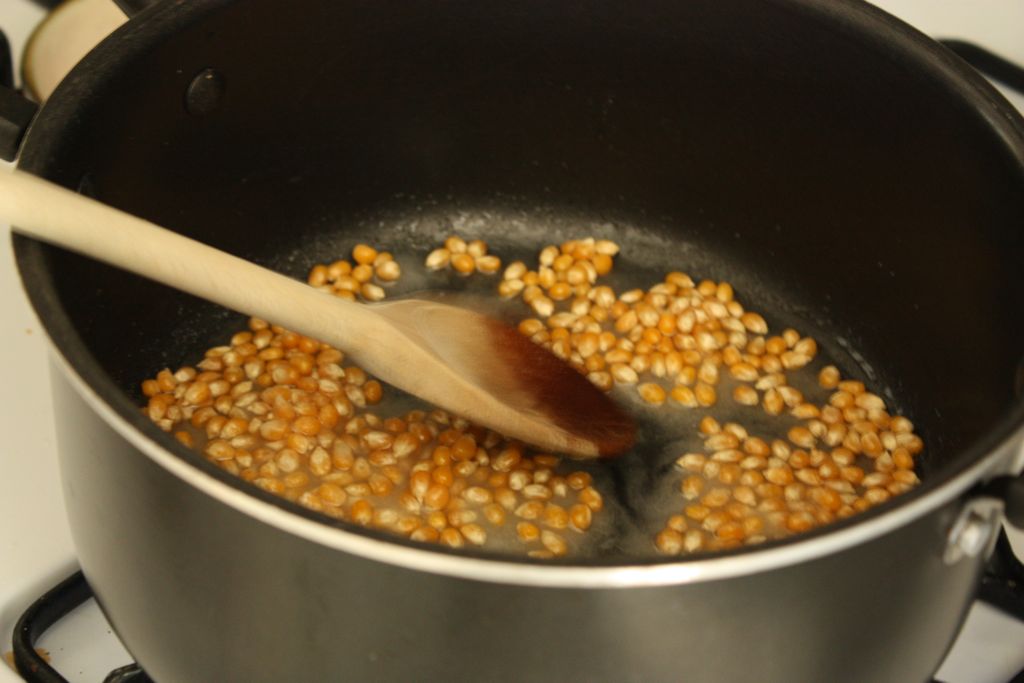 When the oil is hot, pour the kernels and sugar into the pot and cover.

Shake, shake, shake (your groove thing) so the sugar doesn’t stick to the bottom of the pot and create a giant mess. Sometimes we got tired of shaking so we set the pot down for a few seconds. It appeared to not have an adverse effect on the popcorn.

Continue shaking as the popcorn begins to pop. Don’t stop shaking until the popping slows down to one pop every two or three seconds. Remove the popcorn from heat so it doesn’t burn. 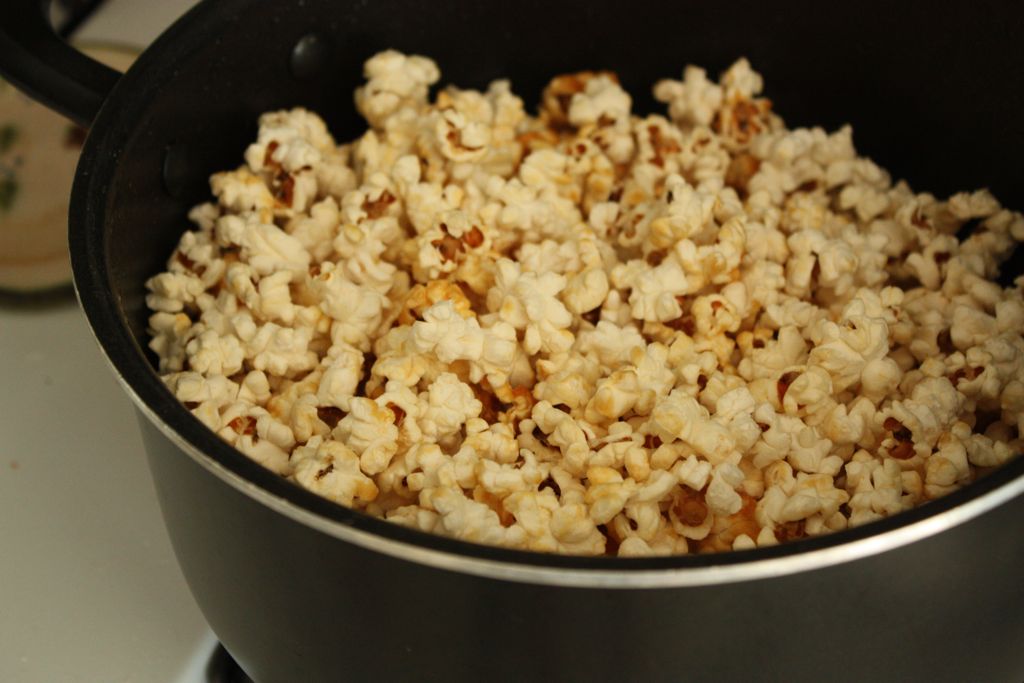 Salt the popcorn as you like it. Holy cow I think I need to go make some more right now. 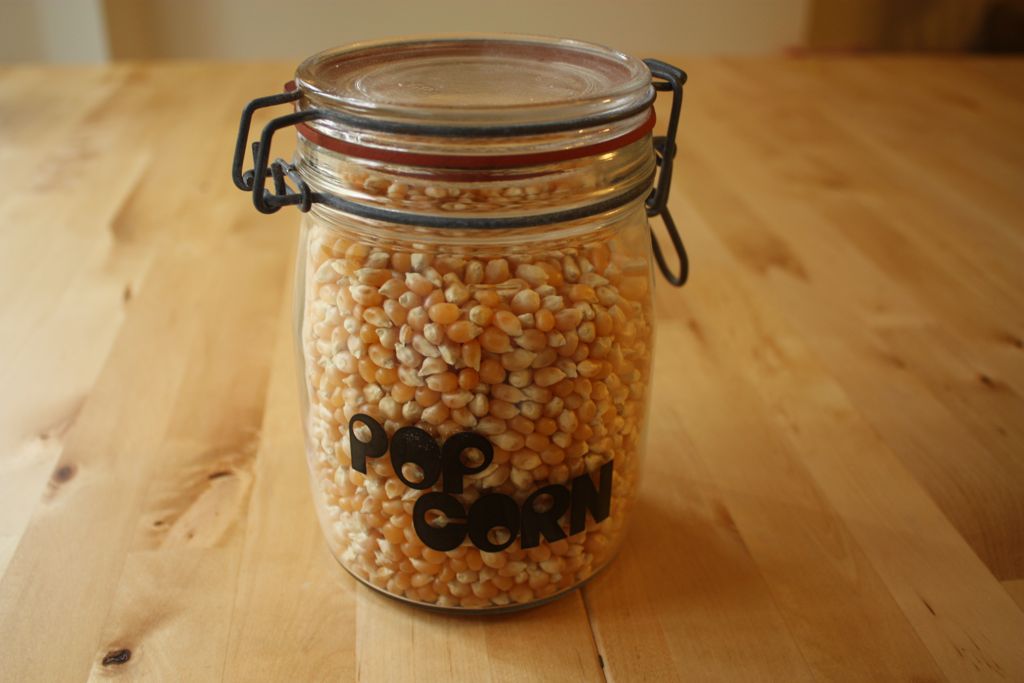