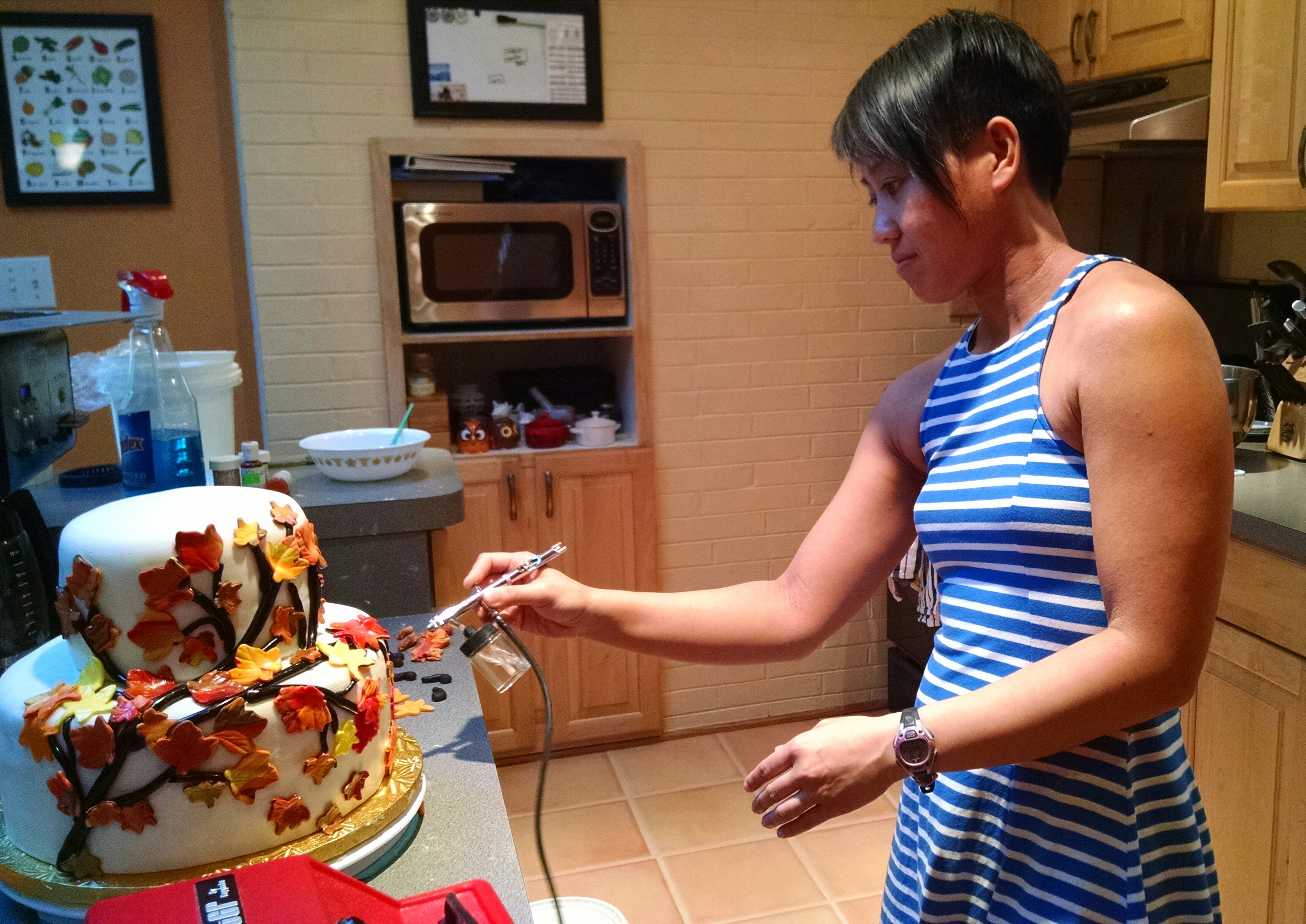 Today was wedding cake making #4 on the year. Andrew mentioned the other day how my wedding season was finally coming to a close and I realized how crazy it was that I have a wedding season this year. Before this year I had made three wedding cakes, including my own, and this year I’m scheduled for five.

Number four is for my friend Aaron from temple. It turns out Aaron and I have a mutual friend, Scorey. Scorey and I play roller derby together. I met her at one of Aaron’s Passover seders a number of years ago when derby was just an inkling in the back of my mind. Cut to a few years after that and as I walk into bootcamp, I realize I know the person I’m checking in with, because it’s Scorey. Cut to a year after that and we realize that we both like to bake and cake baking and decorating is sort of our thing. A month after that Aaron gets engaged and we’re making his cake.

So this morning, Scorey came over so we could decorate Aaron’s wedding cake. She had never used fondant and instead works with the painstakingly fussy buttercream icing. When I have to decorate a cake with buttercream, it takes me five times longer than using fondant in order to get everything even and smooth. Fondant is so much quicker and more forgiving, so when this came up, we decided it was a great opportunity for Scorey to learn the wonder that is fondant.

I gave her a little lesson and she was on her way. She even put the finishing touches on it with the airbrush. I’m not sure I’ve brought her over to Team Fondant quite yet, but she agreed it was much more efficient. It was a total creative collaboration and I’m glad we got together to work on this cake. We had a really good time decorating and chatting and probably the most impressive bit of it all, is that we were done by 4:30. I’m not used to finishing a cake during daylight. It was a strange sensation.

Tomorrow we deliver the cake and get to see what it looks like with the topper (and you know, attend a wedding). It’ll be fun to hang out there, although I’m going to have to figure out what to refer to her as in a non-derby situation. It’s always a strange situation.