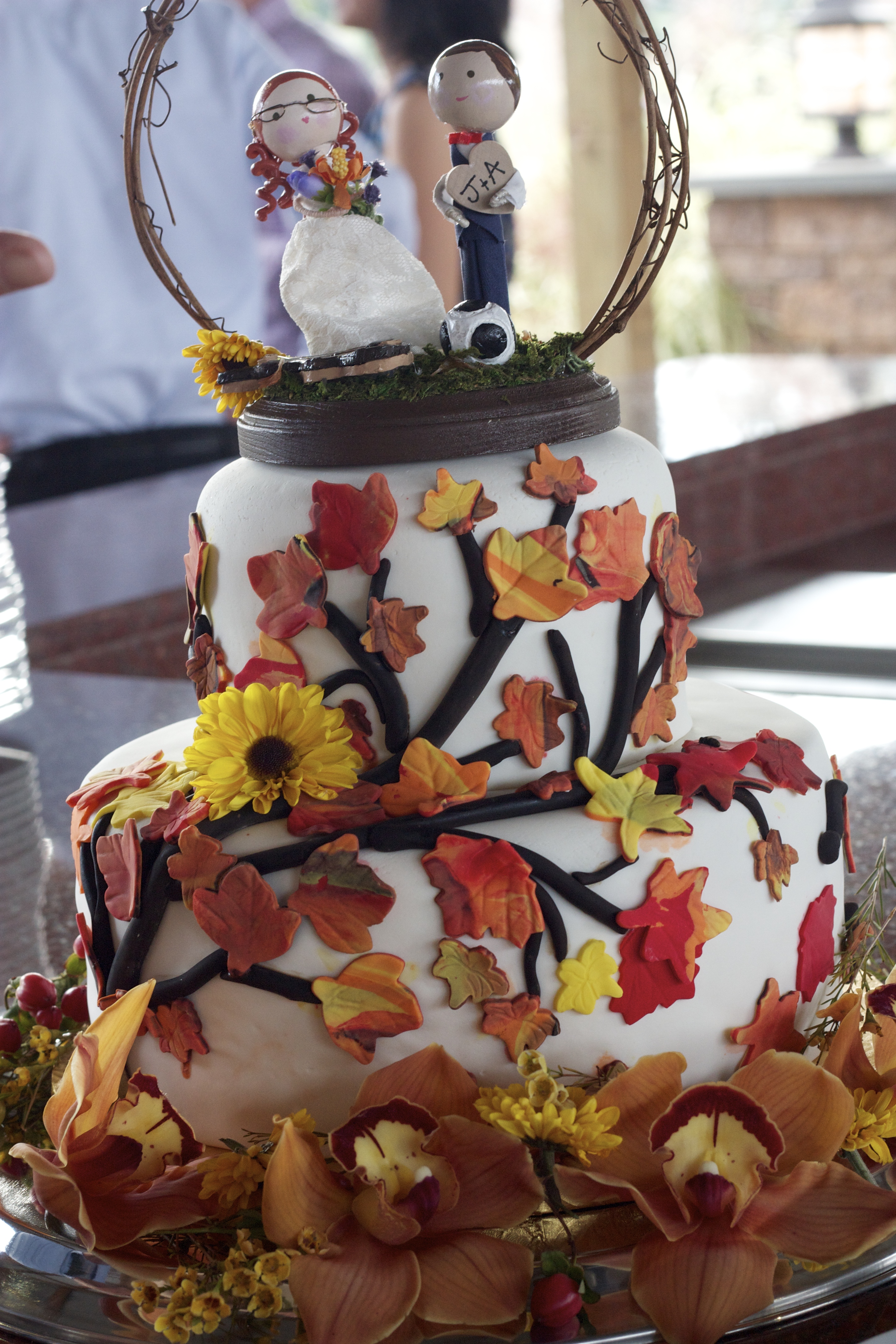 This morning Andrew and I got up early to our sixth wedding of the year. Jackie and Aaron got married at The Farm at Broad Run in Virginia. Since we were on cake delivery duty, we ended up getting there a bit early, but the place was gorgeous so it wasn’t such a bad deal. I mean, there were goats.

There wedding was unique affair that seemed to suit Jackie and Aaron perfectly. The setting was simply amazing. They had set up a little gathering area in a big field for them to sign their ketubah and do a tisch beforehand. A tisch is a an opportunity for the couple to present a little teaching which is interrupted by singing and merriment. They printed out little lyric booklets and had a guitarist on hand and everyone got tambourines and  shakers and we all got to participate in basically a medley of the greatest karaoke songs ever. It was very fun.

The rabbi from our temple, Rabbi Fred officiated their wedding and he did a fantastic job. In the midst of all the holidays, it was kind of fun to see him outside of the structured setting of High Holiday services. Jackie and Aaron had a pretty large wedding and it seemed to be a mix bag of people in terms of their familiarity with a Jewish wedding and they did a nice job of making it all inclusive.

During the reception a bunch of snuck away from the dancing for a little while to have a go at the mini-golf course they had set up. Yes, they had a mini-golf course! It was totally cool. There were five holes, including a moving windmill and a number of other obstacles that proved that we are all terrible at mini-golf.

We stuck around until the cake cutting. (I mean, could we not?) It started off cool and collected as they carefully fed each other a bite of cake, but quickly unraveled into cake-smashing with both of them getting in some good shots.

I would say wedding #6 on the year was a success. We had a lot of fun, I got a bit of sunburn (it was hot out there!), and it was definitely unlike any of the other weddings we’ve been to this year. Mazel Tov Jackie and Aaron!