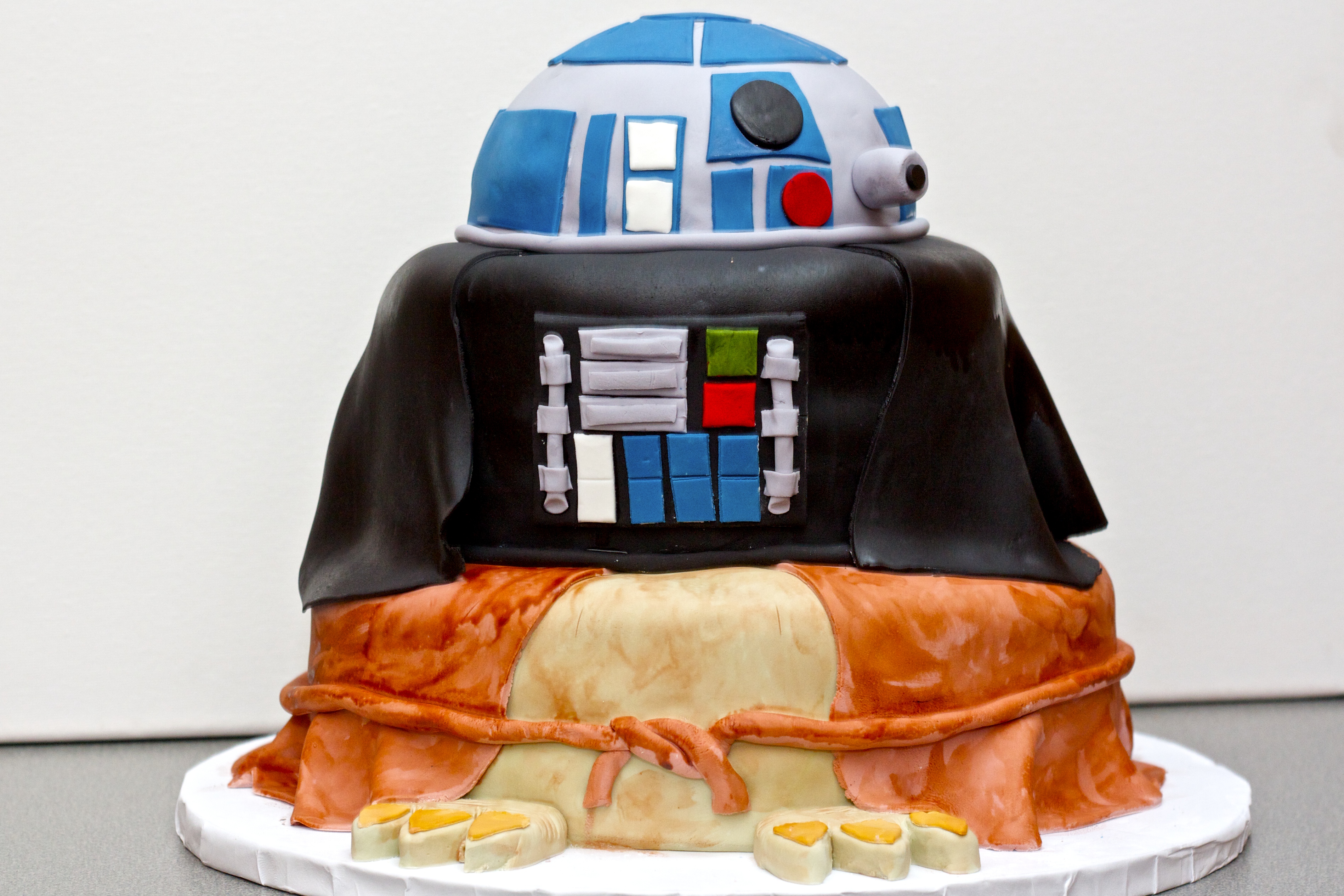 This is the fifth time I’ve made a birthday cake for Quinn. Who would have known that many years ago, a little request for a boxing gloves cake would turn into such a long lasting relationship? Especially since’s he’s currently seven.

I still haven’t seen Star Wars, but I know enough of pop culture to understand the references of each tier of this cake. I actually made a Yoda cake before, so now I’ve made his feet and his face. Maybe someday I’ll make just his body. Then I’ll make the whole thing. This cake was fun to make though and luckily it didn’t give me too much trouble.

Happy (belated) Birthday Quinn! I’m glad I get to be part of your birthday every year!