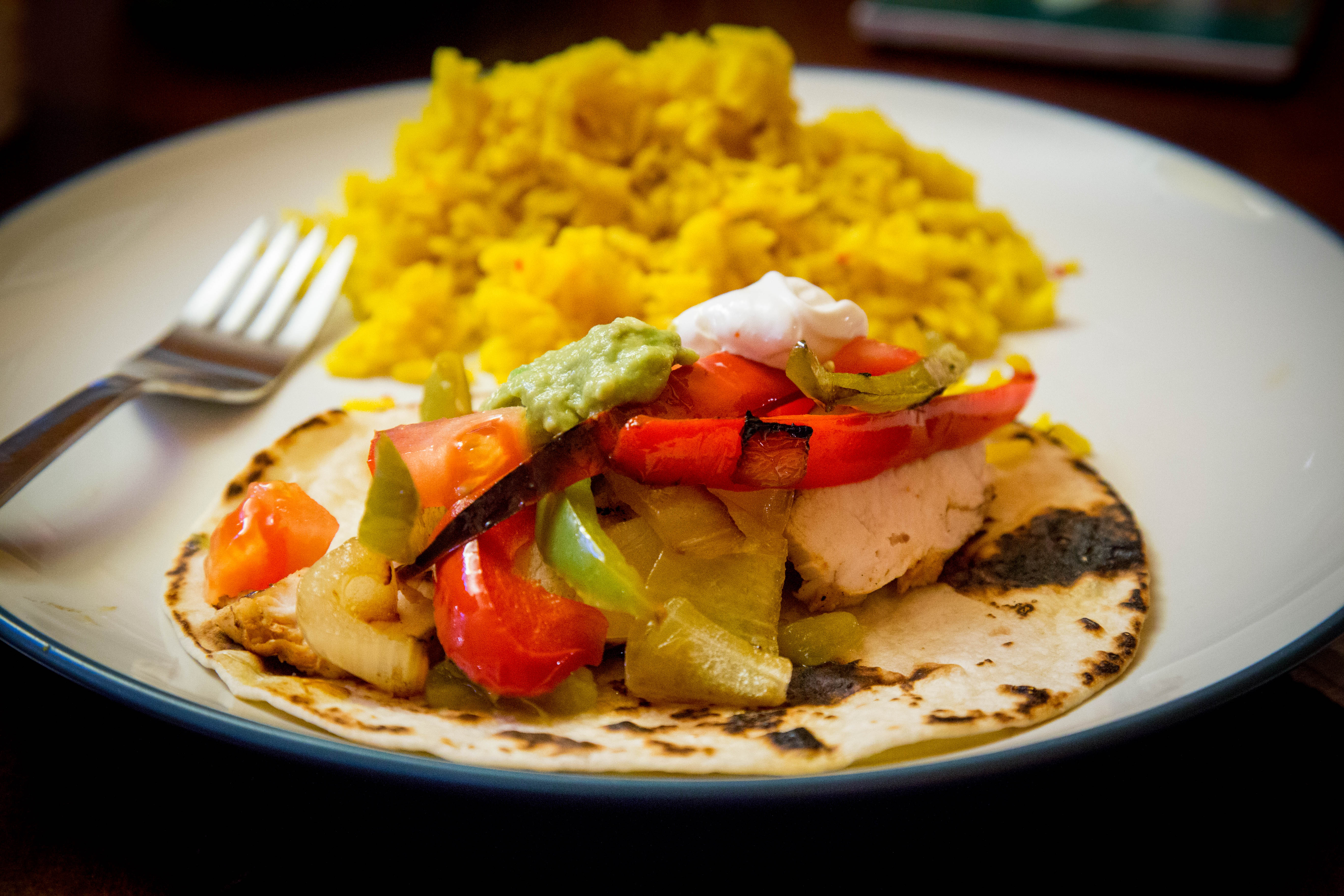 It’s warm! Seriously, after this never ending up and down of weather, today was actually kind of nice out. We took advantage of the nice weather by grilling outside. And by we, I mean Andrew grilled outside, but I made the marinade, cooked the vegetables, and warmed the tortillas. Let’s just say it was a team effort. While Andrew is the master at grilled chicken, we decided to go a few extra steps and make fajitas.

We grilled both steak and chicken because why choose when you don’t have to? I used the same marinade for both kinds of meat, but I think I had a slight preference for the chicken. The marinade is tangy with just a little bit of spice and it was de-li-cious.

Also, I totally forgot that it was the weekend for celebrating St. Patrick’s Day. Andrew got on that bandwagon, but I was too busy being a boring old person and doing stuff like getting my car fixed and looking at washing machines. However, Jen and Evan did not forget to celebrate the Irish and they walked in holding some beautiful Irish soda bread. I mean, look at that thing? It’s gorgeous! I had never had Irish soda bread before, but it was springy and studded with caraway seeds and plump raisins. Eaten with a slice of green apple and some cheddar cheese was so so good.