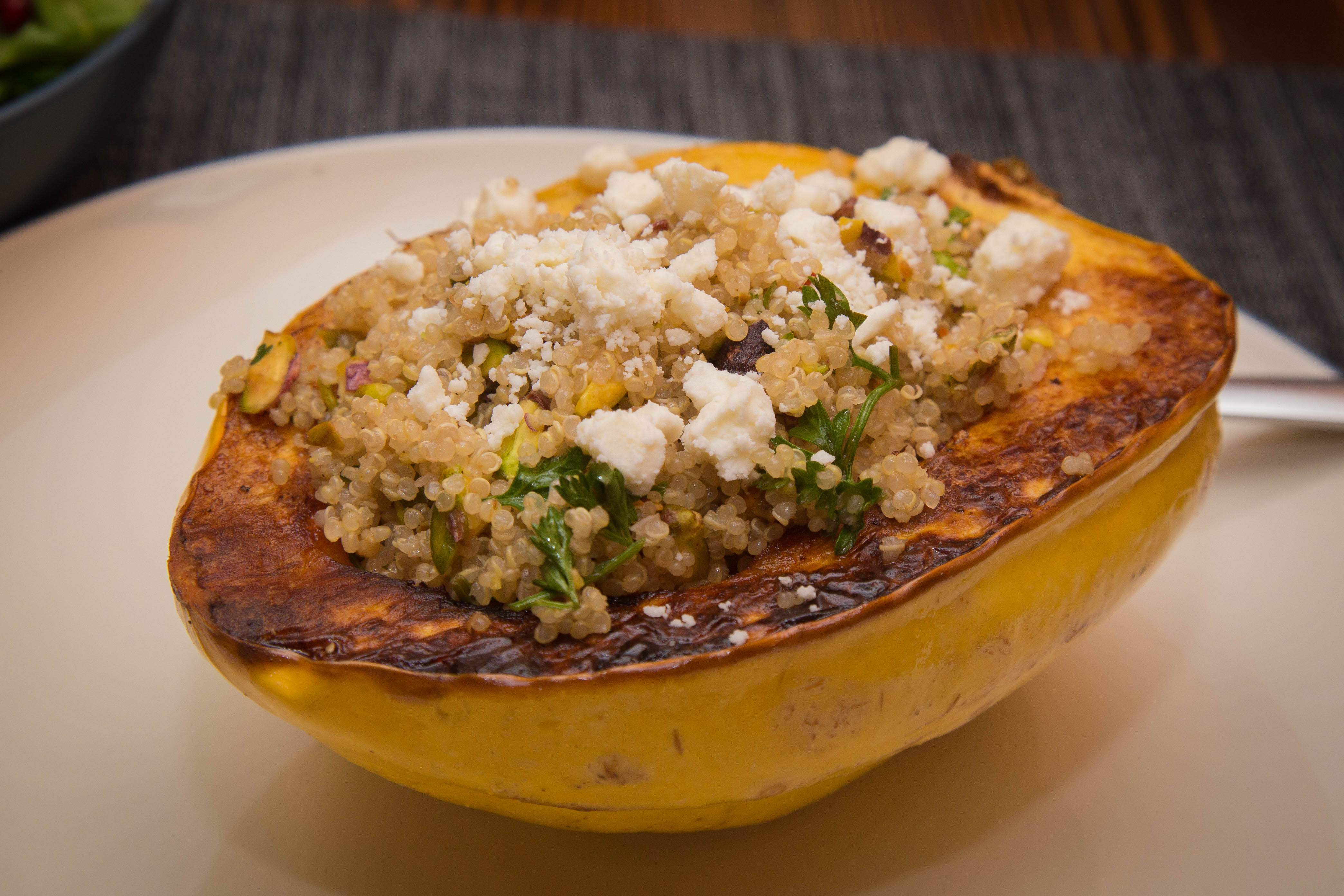 Yay, Sunday Night Dinners are back! Also, Fall has officially arrived. Andrew and I have been on a stuffed squash kick. Last week we had stuffed spaghetti squash and stuffed butternut squash, so when it came time for dinner, naturally we figured we could stuff some acorn squash.

I found this recipe online and it looked super easy and something that would be right up Jen’s alley. Acorn squash is cut and half and roasted in the oven. Once it’s soft it’s stuffed with a quinoa, pistachio, parsley mixture and topped with feta cheese. All that quinoa makes this a filling dish.

For dessert, I finally conquered pie making! Pies have been nemesis in the kitchen. When I was younger, I once made a cherry pie that I mistakenly sprinkled salt all over instead of sugar. I made a key-lime pie that was an unnatural shade of green and had some unnaturally gross flavors. My pie crusts come out soggy instead of flaky and they just never quite meet my expectations.

Until now! I followed Joy the Baker’s apple pie recipe and it was glorious! It’s a time-consuming process (which I didn’t fully appreciate until I was in the midst of it), but it’s totally worth it. The pie crust was flaky and crisp, the filling was sweet but not too wet, so the pie wasn’t soggy. We ate it while it was still steaming straight out of the oven and man-oh-man, I’m so excited. I can now make pie!