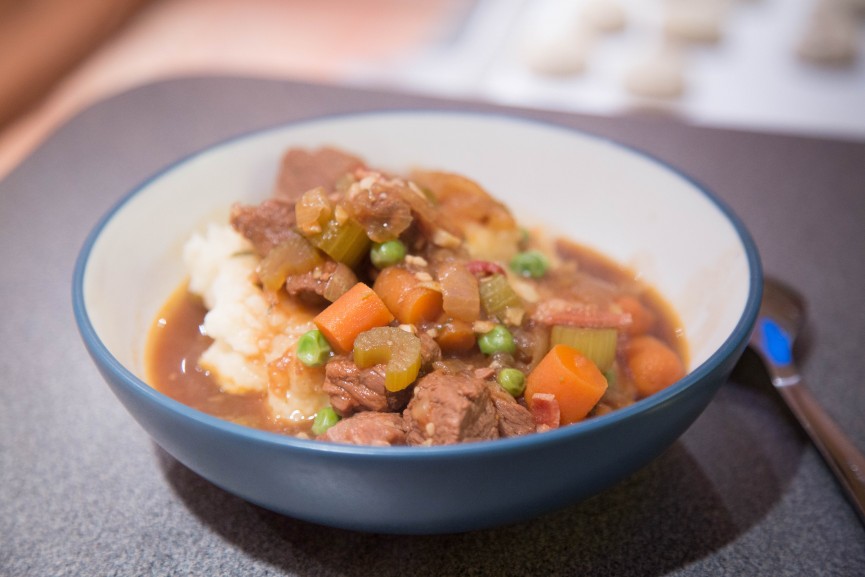 We went to go see Black Mass at this movie theater near our house. It was super swanky. Andrew said it’s the kind of theater that Tom Haverford from Parks and Rec would have designed. The seats were plush and they had gourmet food. I got a burger and it definitely exceeded my expectations.

Andrew made beef stew. I think there was some Guinness in the broth and he served it over mashed potatoes. It was super tasty.

I made enchilada stuffed spaghetti squash. The filling was so good.

We we went to the first show of the new season at the Kennedy Center. It was Beautiful: The Carole King Musical.

The show was great! We were surprised at how much of the music we knew and the performances were excellent.

We were also the youngest people there by a good 30 years. And Andrew was probably the only guy under 60 there.