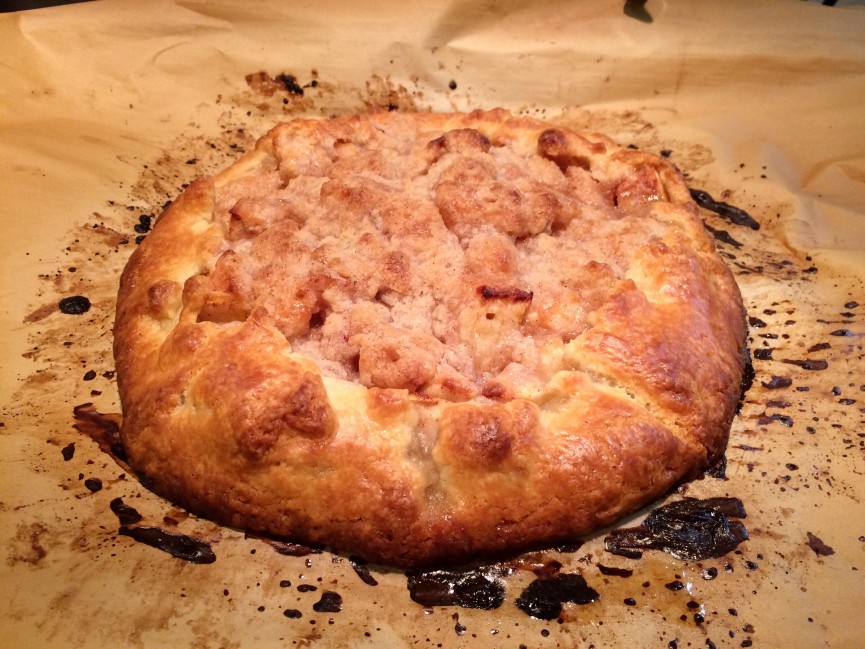 This is the second week in a row that I have made this and it has gotten rave reviews both times. The best part about it is, if you have a food processor, it’s a cinch to make. A crostata as I can best describe it is a lazy, deconstructed pie. If you don’t have 5 hours to make dough, let it chill, make a crust, let it chill, make a filling, cover the filling, and let it chill all before baking, then make a crostata.

Both the dough and the topping are made in the food processor. The dough is similar to a pie crust as it’s studded with bits of butter to give it a flaky texture. The filling is literally just cut up apples with some orange zest if you are feeling fancy. The topping is an easy crumb topping that’s generously sprinkled on. Because a crostata is meant to look somewhat rustic, it’s pretty stress-free when it comes to putting it all together. If the crust cracks a little, oh well. If it’s folded on itself, that’s part of the charm. You can even roll the dough out on parchment paper to minimize the mess. Seriously, this dessert is awesome.