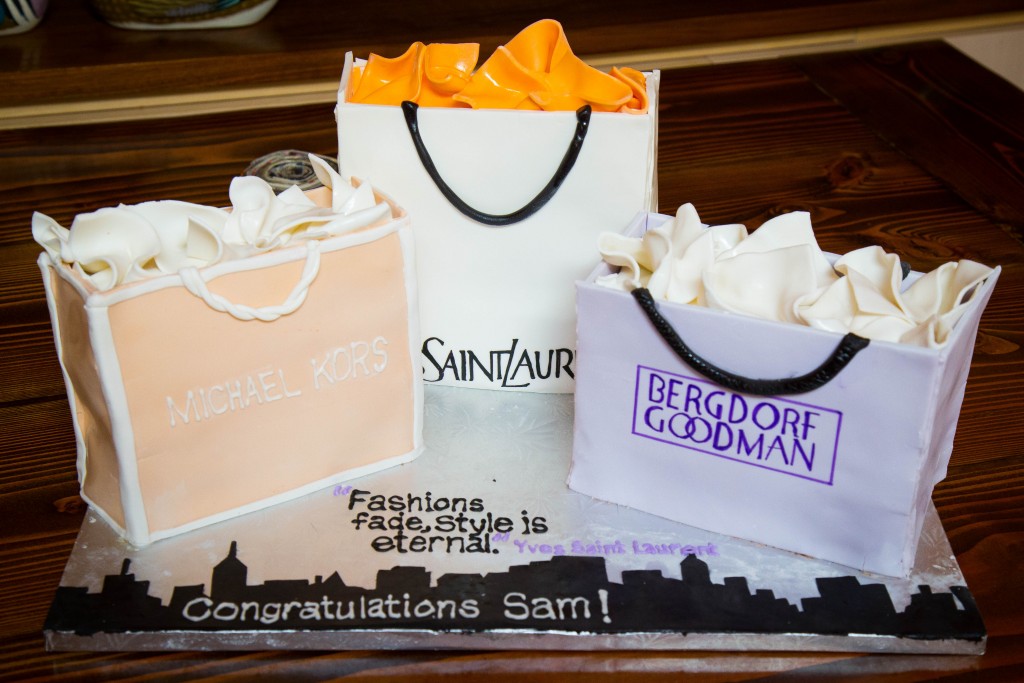 A few weeks ago I got asked to make a shopping bag cake for a recent grad who was moving to New York to go work for Michael Kors. I must admit, when I was asked to make a Michael Kors, Bergdorf Goodman, and Yves Saint Laurant shopping bag cake, I felt a little over my head. Mostly because I never actually been to any of those stores (nor was I confident I even knew what the bags looked like).

Each of the bags is made from a different flavor of cake and covered in fondant. The Bergdorf Goodman and Yves Saint Laurant logos were hand drawn directly onto the bag using edible markers. The Michael Kors logo was piped on. The tissue paper in each bag is made from fondant, as is the New York skyline on the cake board.

I think it turned out pretty well considering it was approximately 102 degrees outside. Despite having loads of time to work on this cake, I still managed to procrastinate enough to have to do the detailed work late into the night. Old habits die hard…or I really work better with a deadline.

But, the cake was completed on time and made it to the party! As far as I know, it was well received and hopefully Sam is off on his next big adventure!