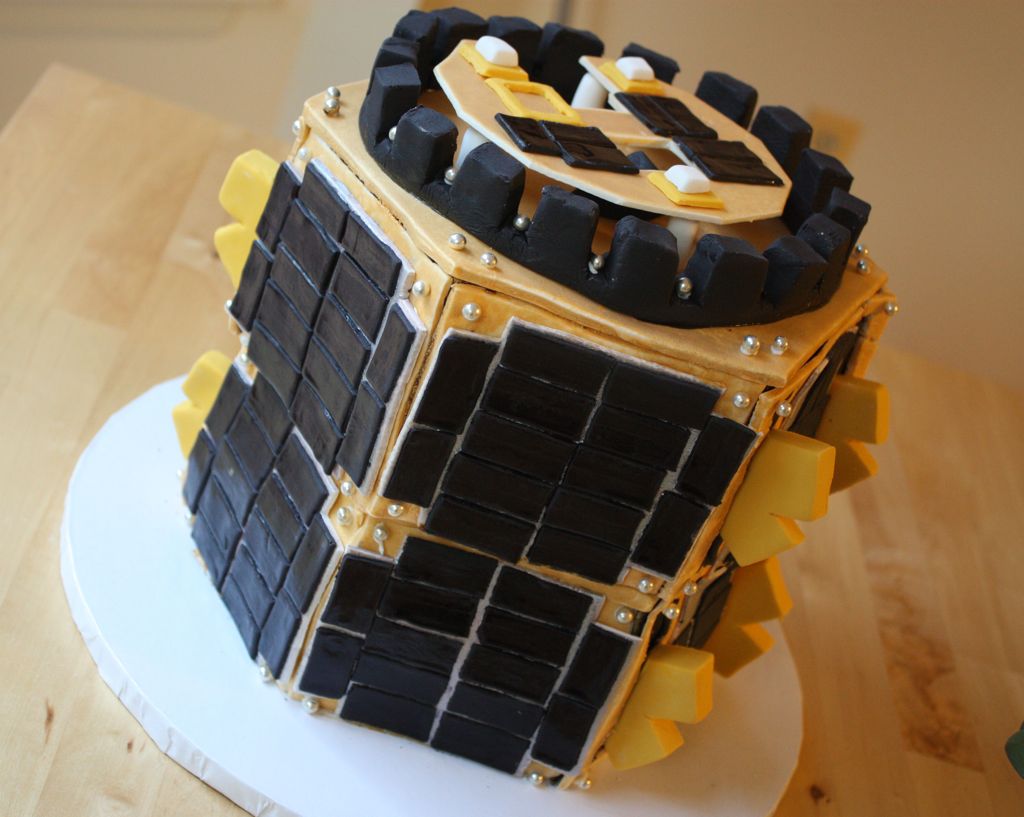 Right, so in real life I’m an engineer. I work for a company and we build spacecraft. No joke.

In college I worked on a satellite. It’s called CUSat and it’s supposed to go to space. No joke.

This is a CUSat cake. We’re going to launch it on a brownie rocket. No joke. OK, that was a joke. And a bad one at that.