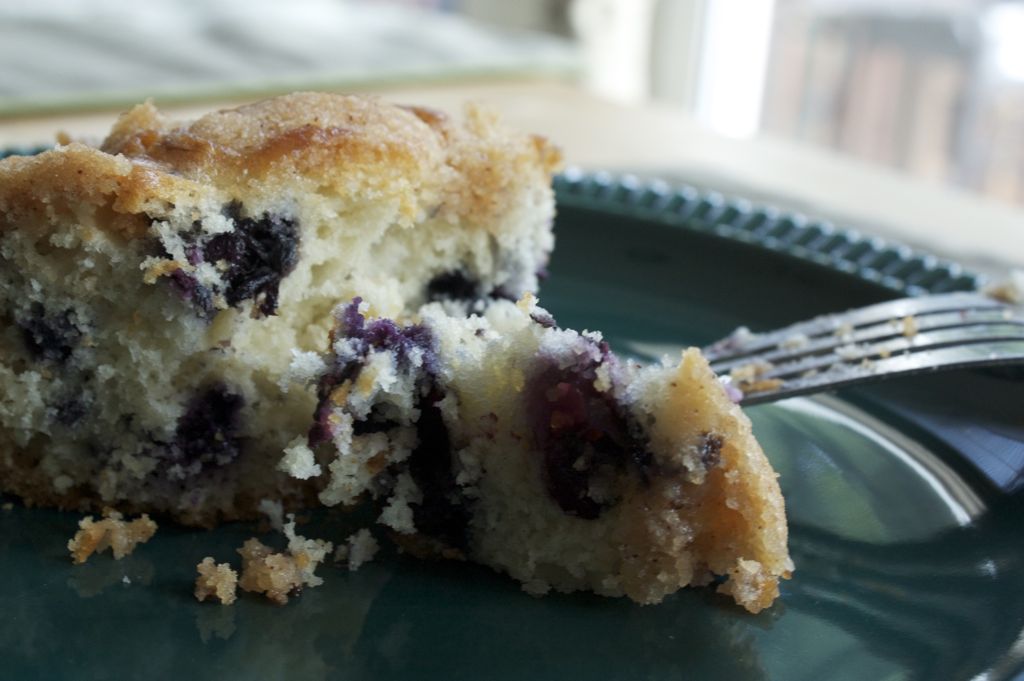 I’ve been meaning to get more cookbooks. I really only a have a trusty few that I stand by, but I think it’s time to expand my collection. So, this weekend, while standing in the barn of a nice Amish fellow, I found me a new cookbook.

Now, I’m sure you’re wondering how I ended up in the barn of a nice Amish fellow. And even if you’re not, I’m going to tell you.

Well, I was in the market for some new furniture. And I hear the Amish make good stuff. I was also in Colonial Beach, VA to do a triathlon. Triathlons are fun. Andrew came with me. He did the triathlon too. It was his first time and he did a pretty spectacular job. 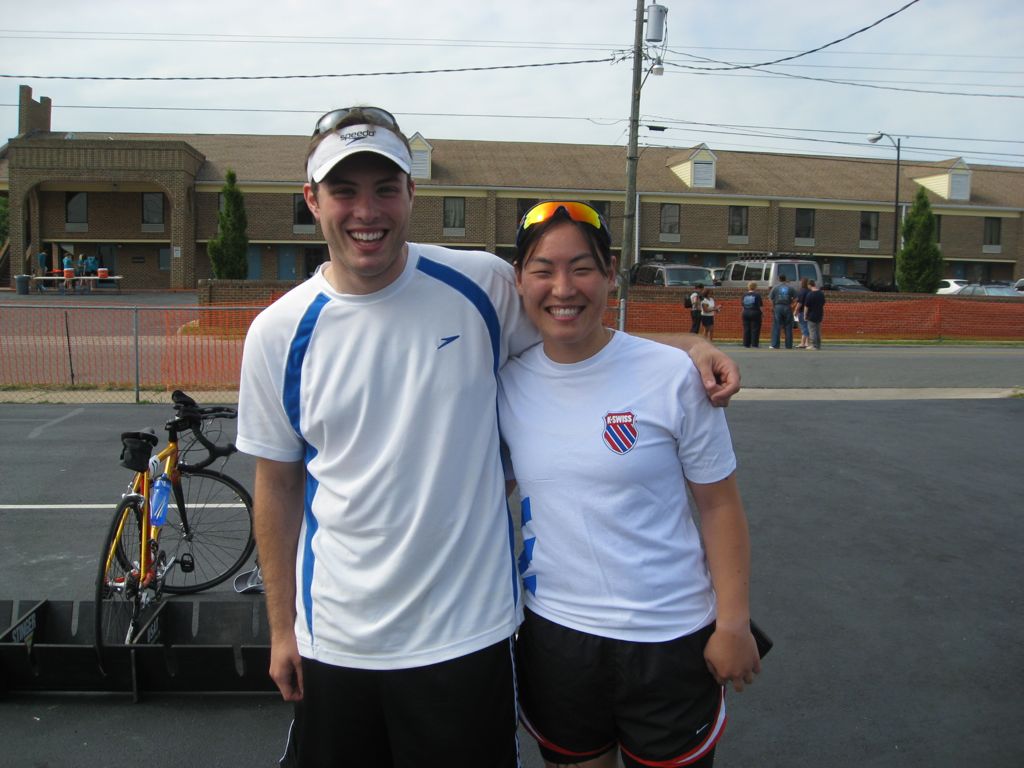 (This was at like 10 AM when we’d already been up for 6 hours and finished a triathlon. We’re so happy because we could still walk and the sleep deprivation hadn’t set in yet.)

But anyways…turns out there’s a pretty nice Amish population in southern Maryland. So, we drove around some, found this fellow’s place and decided to take a look. And then decided that while the furniture was beautiful, I was not ready to drop a paycheck on any of it. But I was willing to drop $12 for this sweet new cookbook. 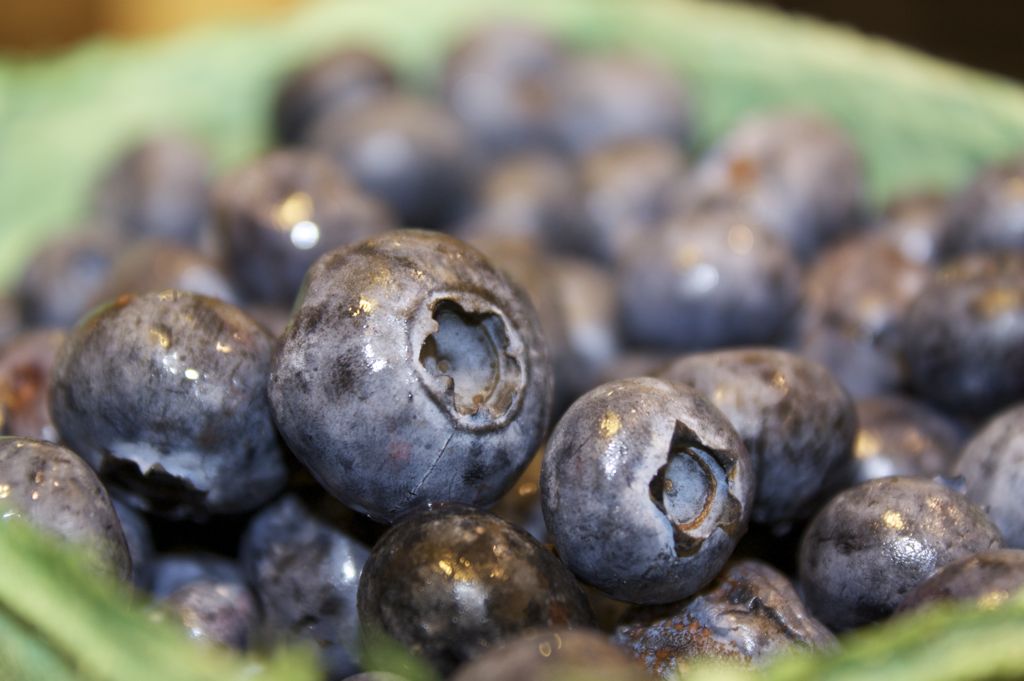 So, armed with a new cookbook and some farmer’s market blueberries, here’s what we came up with.

adapted from The Joy Of Sharing

To make the cake, in a large bowl, mix together the oil, sugar, and egg until a lemon yellow color. Stir in the milk.

In a separate bowl, sift together the flour, baking powder, and salt. 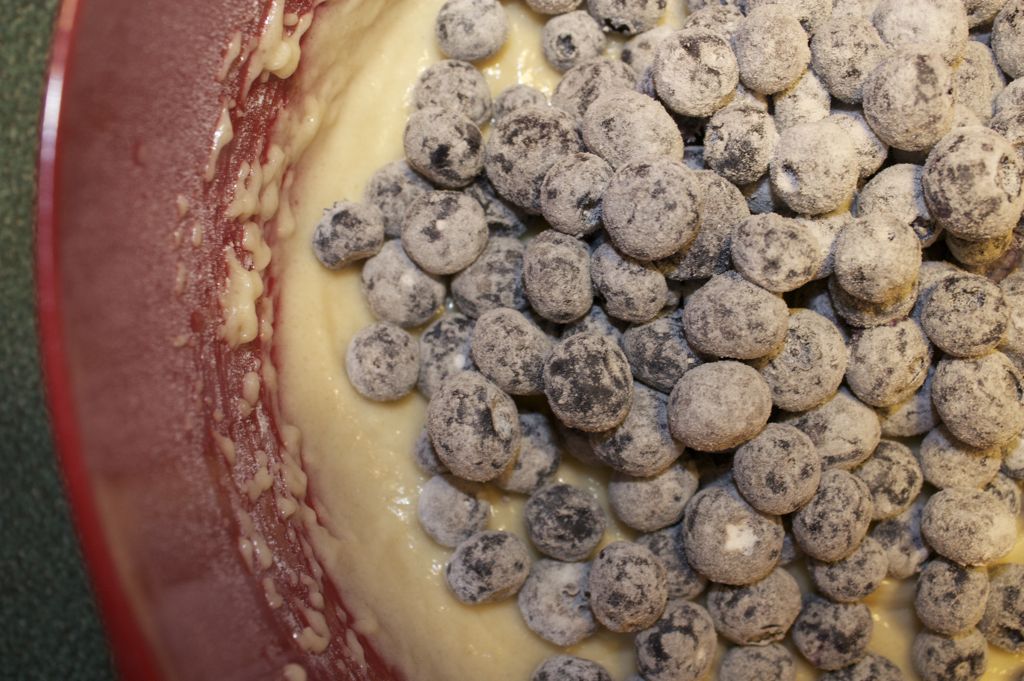 Slowly stir the dry ingredients into the wet mixture. Then, slowly fold in the blueberries. If you coat the blueberries in a little bit of flour before you mix them into your batter, they will be less likely to sink the the bottom of the cake. Just a pinch, and it works like a charm. 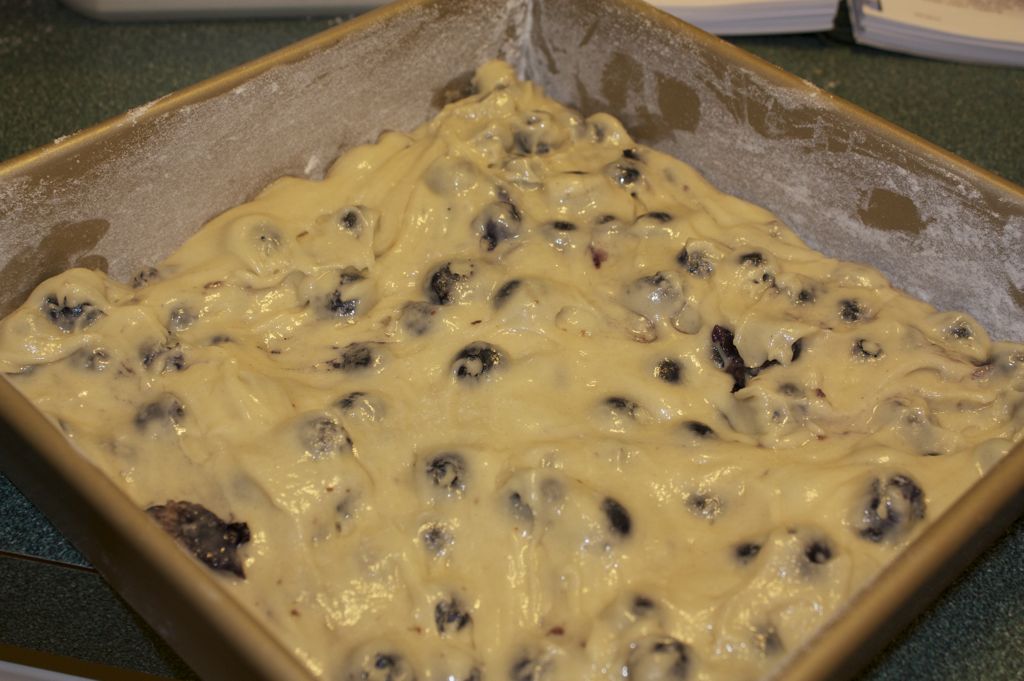 Pour the batter into a greased 9×9 inch pan and smooth the top.

To make the topping, combine the butter, flour, sugar, and cinnamon and mix with a fork or a pastry cutter. Then, crumble it over the top of your cake batter. 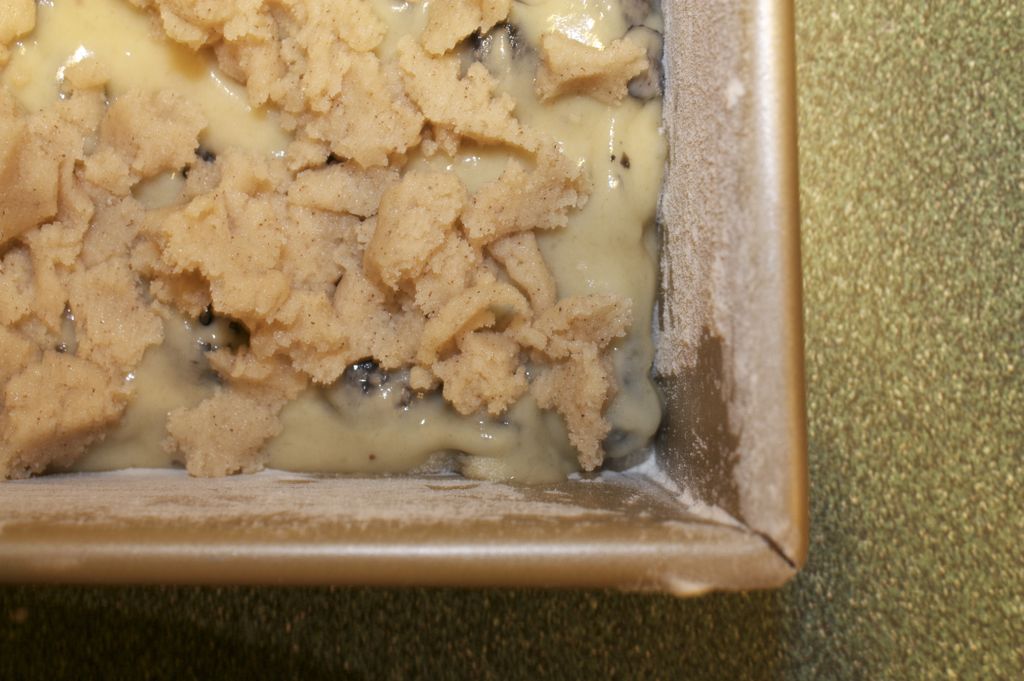 Bake in the oven for 45-50 minutes. The blueberries are juicy, the cake is fluffy, and topping is sweet. The cake is more like a lighter, blueberry version of a coffee cake. And oh so delicious. 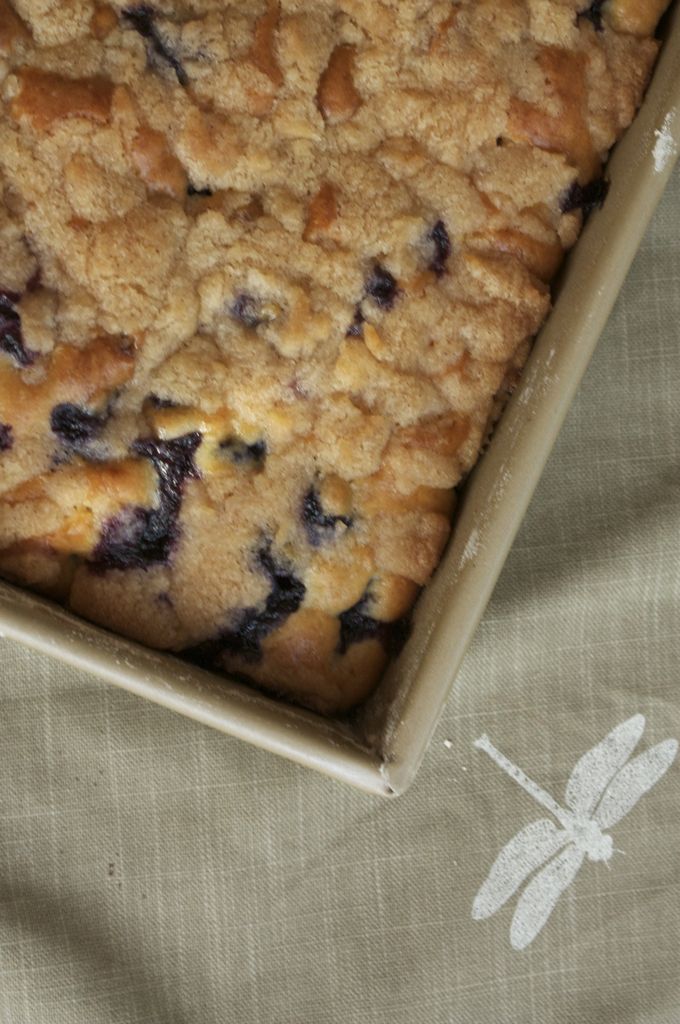