Cake. Haven’t made one in a while. So it was a real treat when I was asked to make some boxing gloves for a birthday cake. This cake was made for a little boy’s second birthday. He’s a big fan of boxing. And Rocky. I mean, who isn’t? I actually love Rocky. I love Rocky so much that I watched all 5 (before there was that 6th one) in row. Like in one sitting. Ok, to be fair, I was on a bus from Haverhill to Washington D.C. and it wasn’t so much a choice as the result of lobbying by a bus full of boys, but by the end I was hooked.

This cake has a little something special though. It plays music! Yup, see that bell up there? When you press the center button, “Gonna Fly Now” (the theme from Rocky) plays. It’s pretty sweet. And I’m going to show you how I do it.

First you make cake. This cake is a chocolate cake. 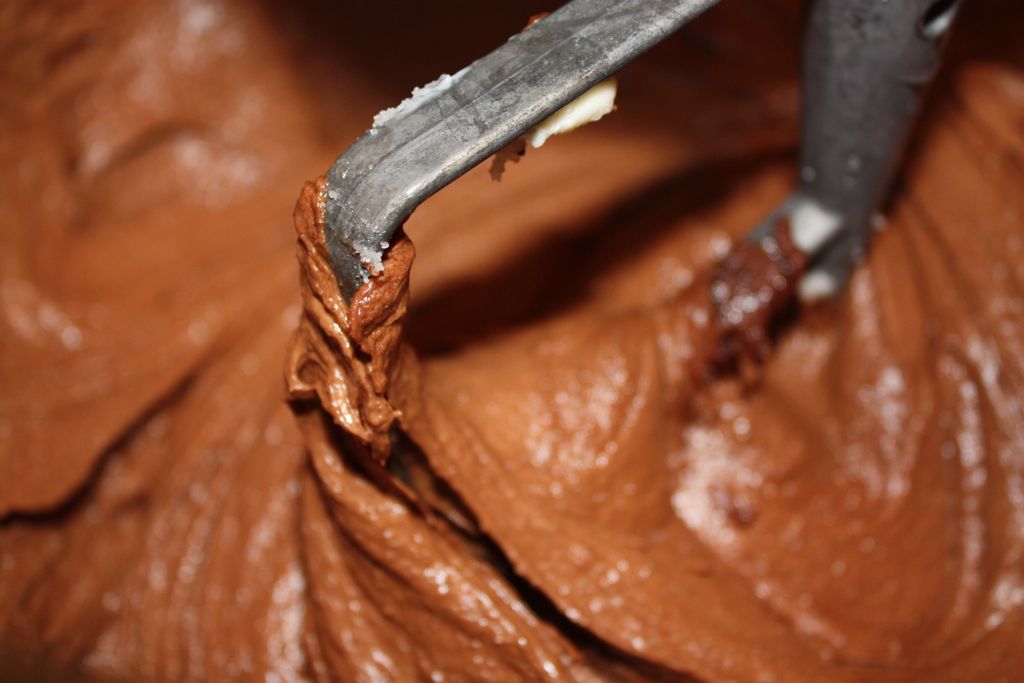 To make a pair of boxing gloves I ended up making two 8″ round cakes and two 9″ square cakes. This decision was mostly a function of what cake pans I had available. 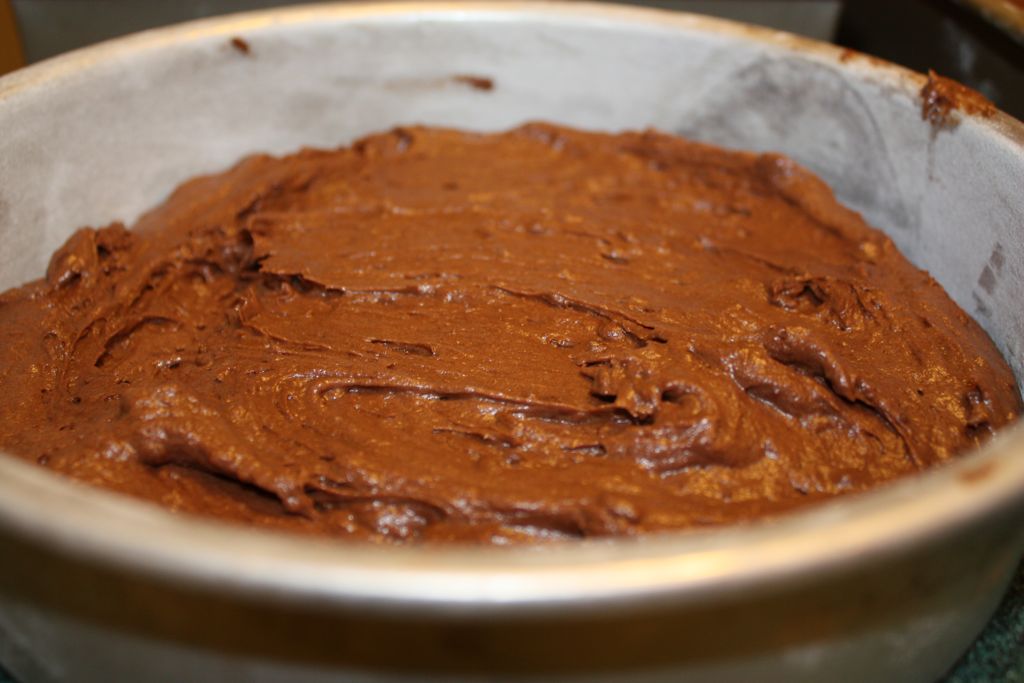 After the cakes were baked, I stacked them up. Each glove was one square cake with one round cake stacked on top. The cakes were carved free hand after looking at many many pictures of boxing gloves online. 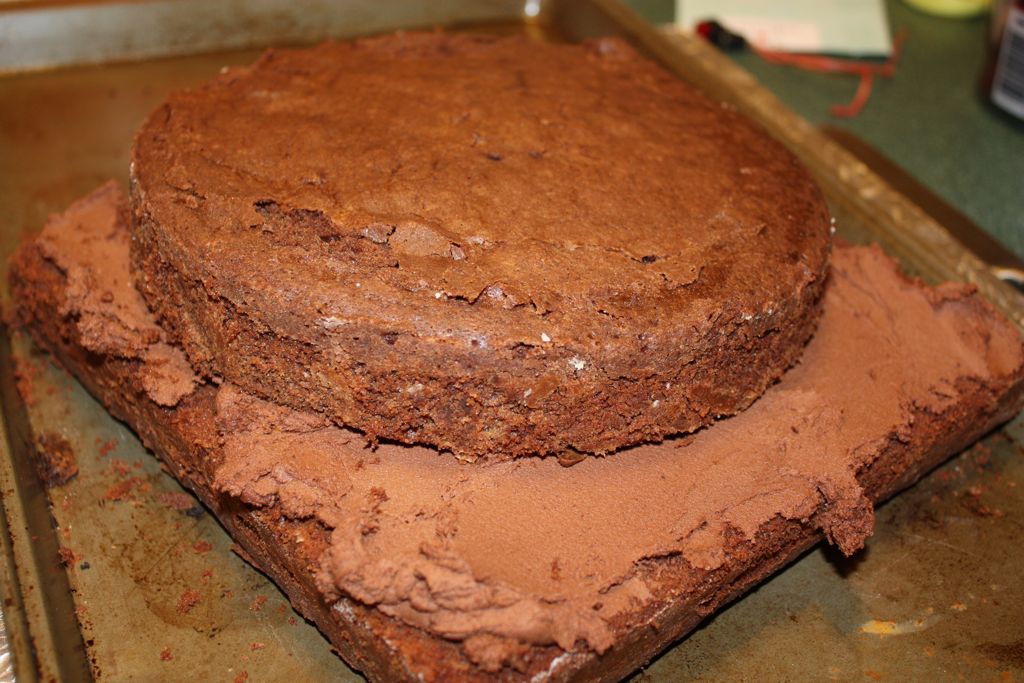 After carving the cakes, I iced each cake with a thin layer of icing just to smooth things over. Quickly dipping the spatula into a glass of water helps the icing going on more smoothly. 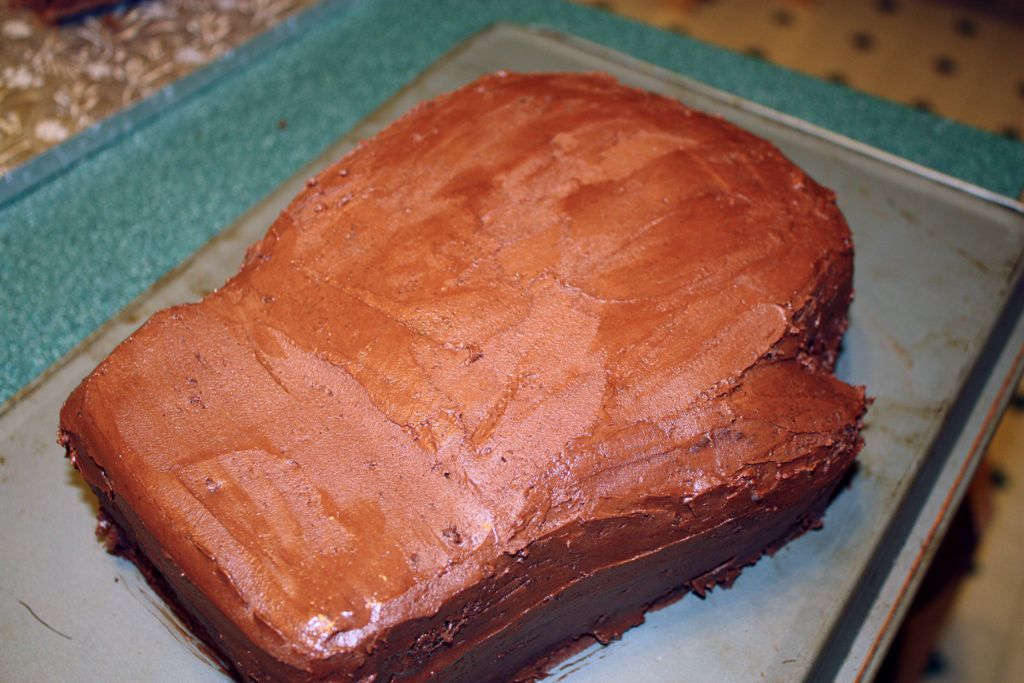 Then comes the fun part! After I carved each cake and put on the crumb coat, I covered the cakes with fondant. Red fondant covered the majority of the cake with some black for the wrist area. The white stuff is corn starch which helps prevent the fondant from sticking to the counter. It works like a charm. 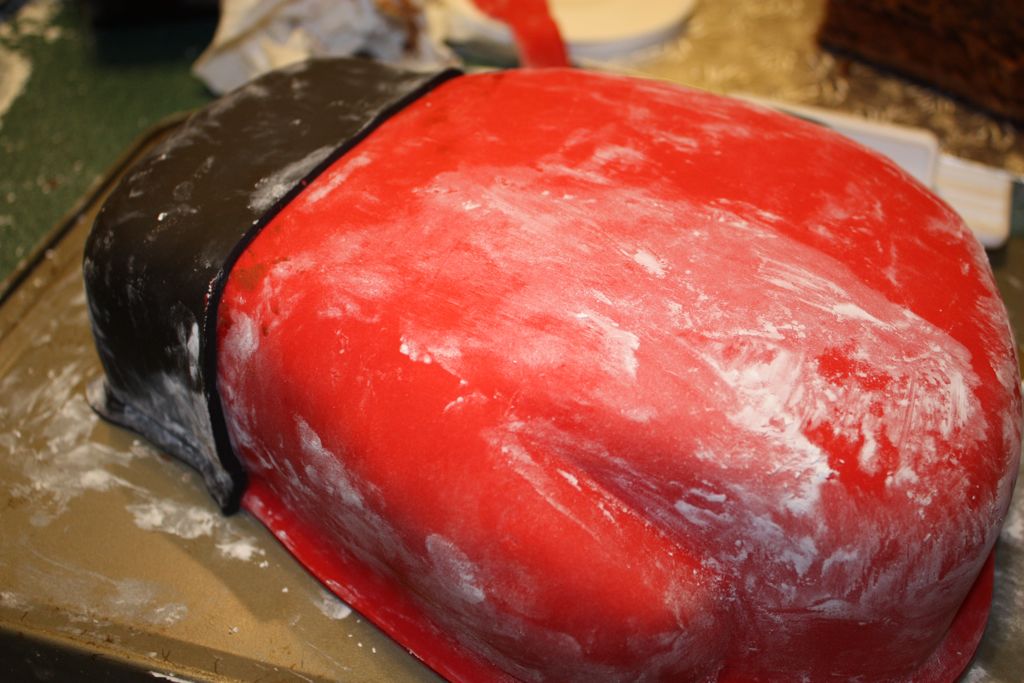 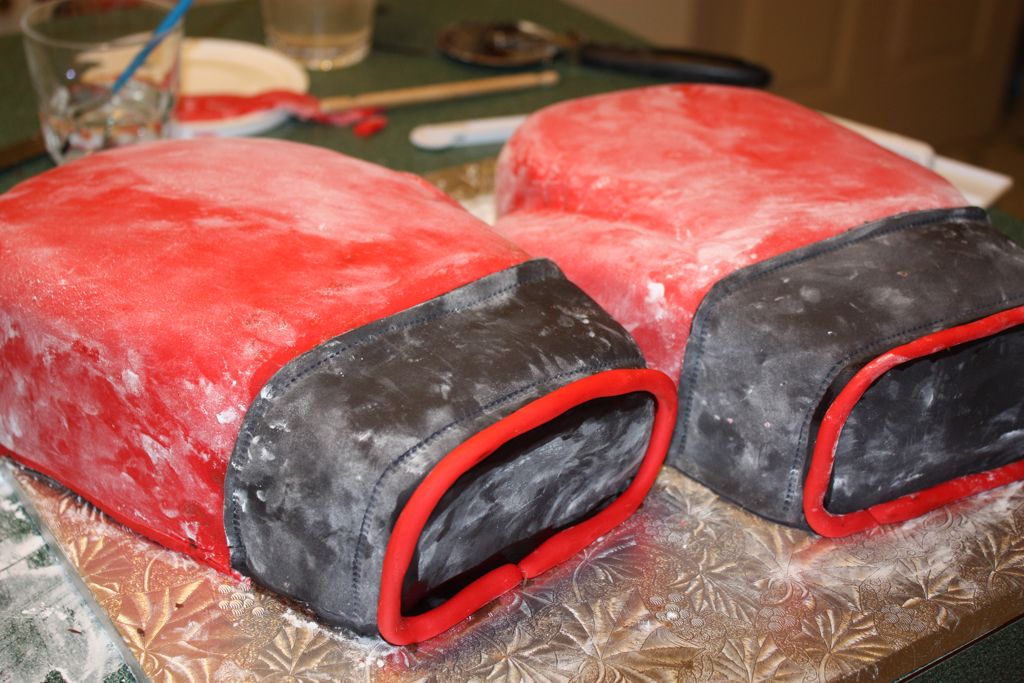 The last bit was the lettering (which I forgot to take a close-up picture of). I cut the letters out of white fondant by hand using a paring knife.

Finally, I can’t very well deliver a cake covered in white dust. So, I used my airbrush to clean off the cake and give it a little shine. The airbrush is a regular painting airbrush from the craft store. I spray the cake with a mixture of shimmer powder and rum (usually I use vodka, but I didn’t have any on hand). The alcohol evaporates quickly (much faster than water) to leave the cake looking smooth and shiny without affecting the taste or consistency of the fondant. 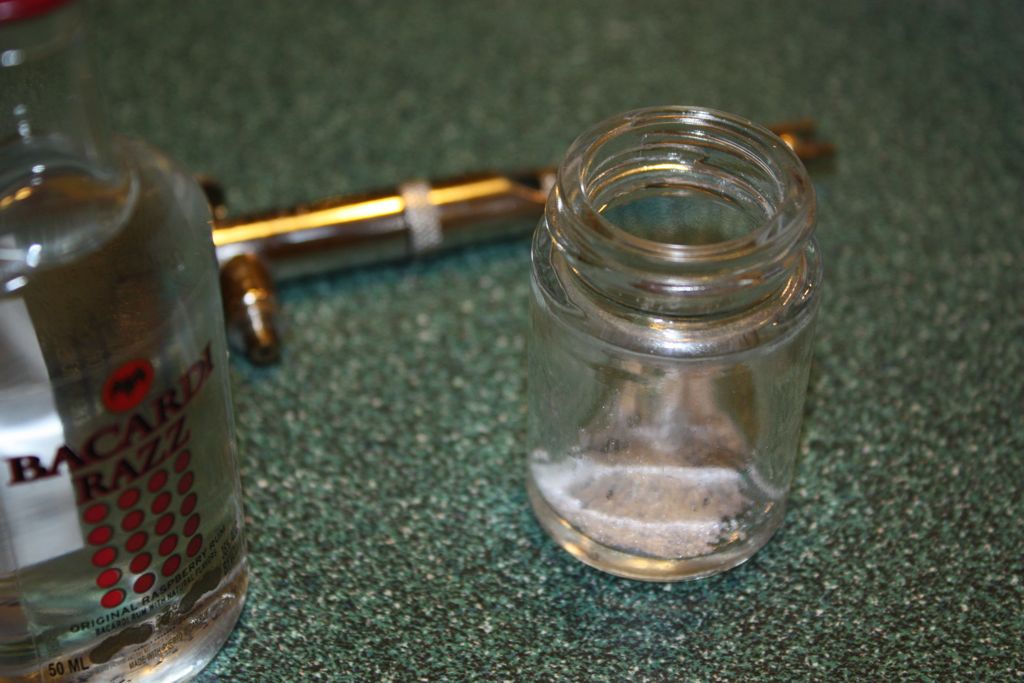 There are special air compressors that sit on the counter and are made to be used for cake decorating. But I don’t use one of those. No no, I use this: 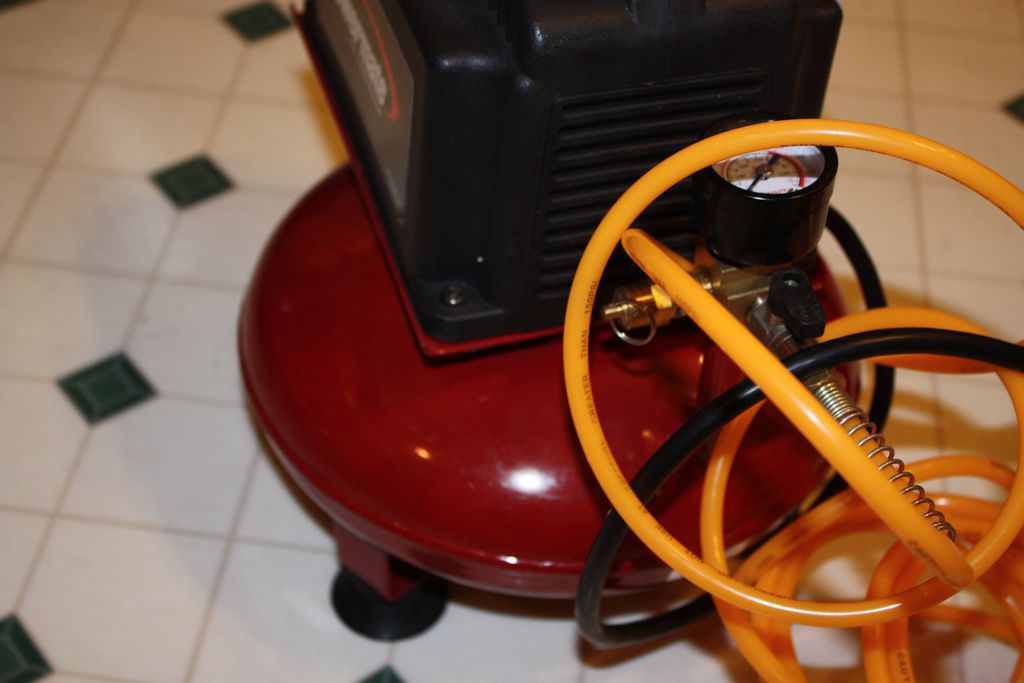 My air compressor is for industrial work. I believe it came with a staple gun and safety glasses. After a quick spray, the cake is finished! 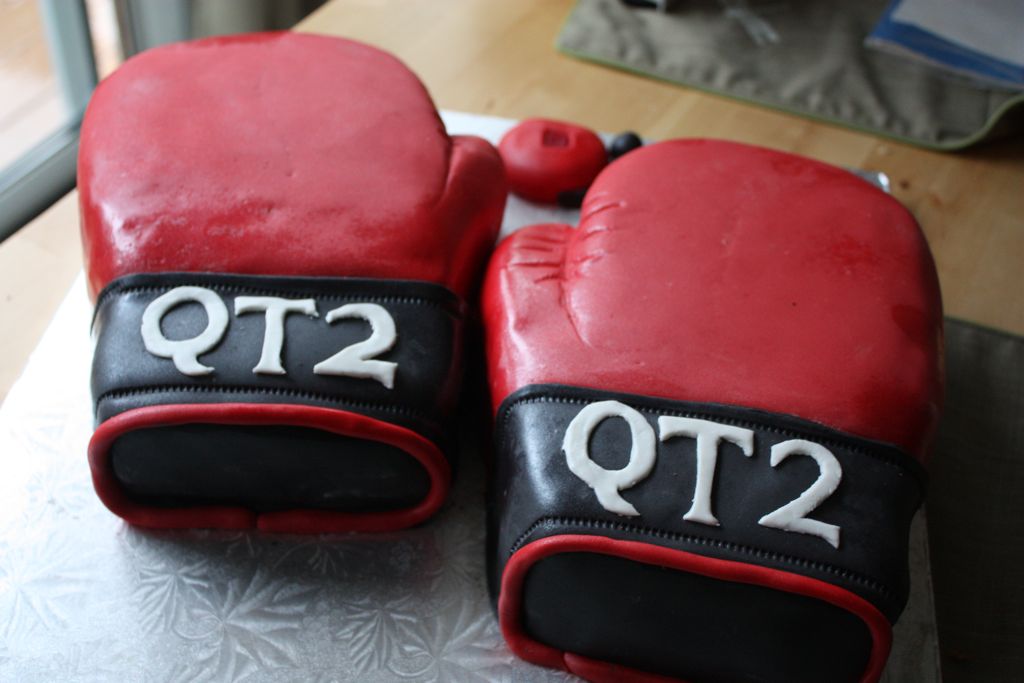 Of course, I haven’t shown you how to do the super-cool, secret extra surprise. It’s actually not that hard. I mean, I’m a mechanical engineer and I’ve somehow managed to figure out how to hook up a circuit (shh..don’t tell my electrical engineer friends).

The secret to the music is this: 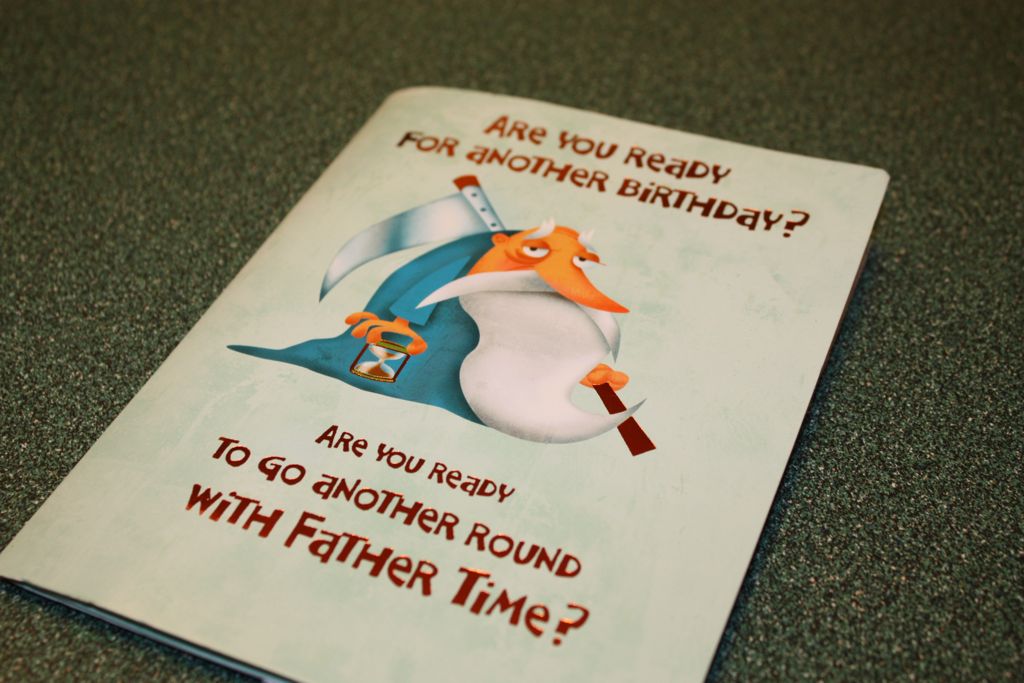 That’s right, a cheesy greeting card. The cheesier the better. 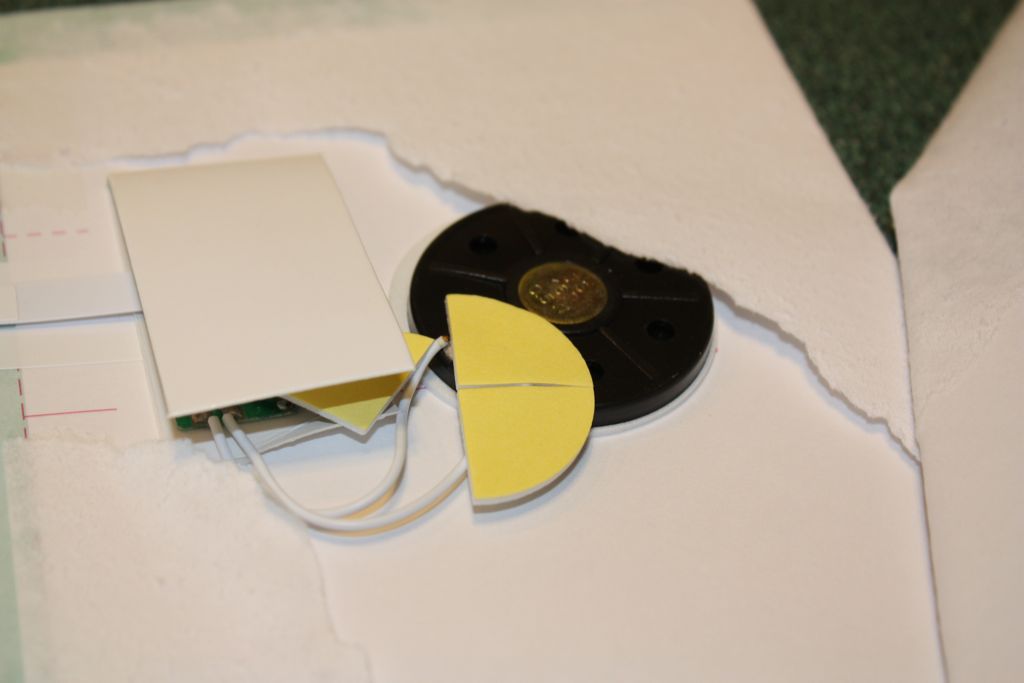 What’s really important is what you find when you rip that card open. Inside, is a conveniently packaged, self-powered, music box. After a few trips to a bunch of different stores, I managed to find the appropriate song. These cards are all over the place: bookstores, grocery stores, Walmart, Target…just need to do a little hunting.

Then, a quick trip to Radioshack to find the appropriate switch and you’re on your way.

Basically, the card works by placing a piece of cardboard between to metal leads. When you open the card, the metal parts touch and the circuit is complete. Then you can listen to your favorite 30 second clip…over and over and over again. The switch just allows the user to control that circuit. One wire goes to each metal lead and when you press the button, the circuit is complete!

The music assembly was taped to the underside of the cake board and the switch was just embedded in a fondant “boxing bell”. Press the button and get inspired! 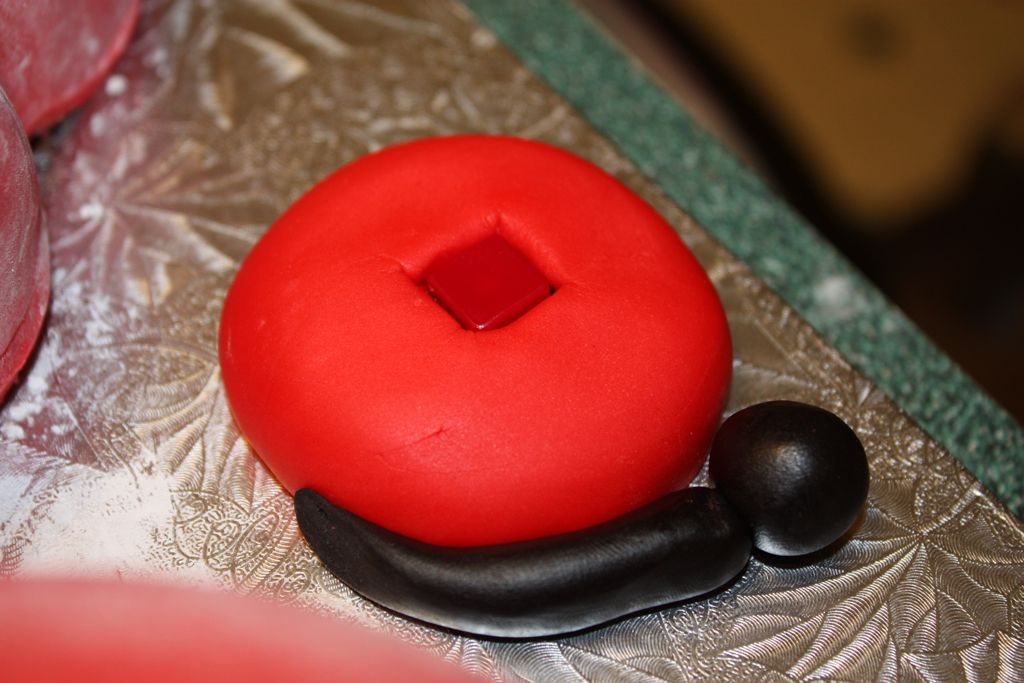 It’s not too hard and definitely adds a special extra touch to a cake! I think I’m ready to go for a run and chase some chickens now…