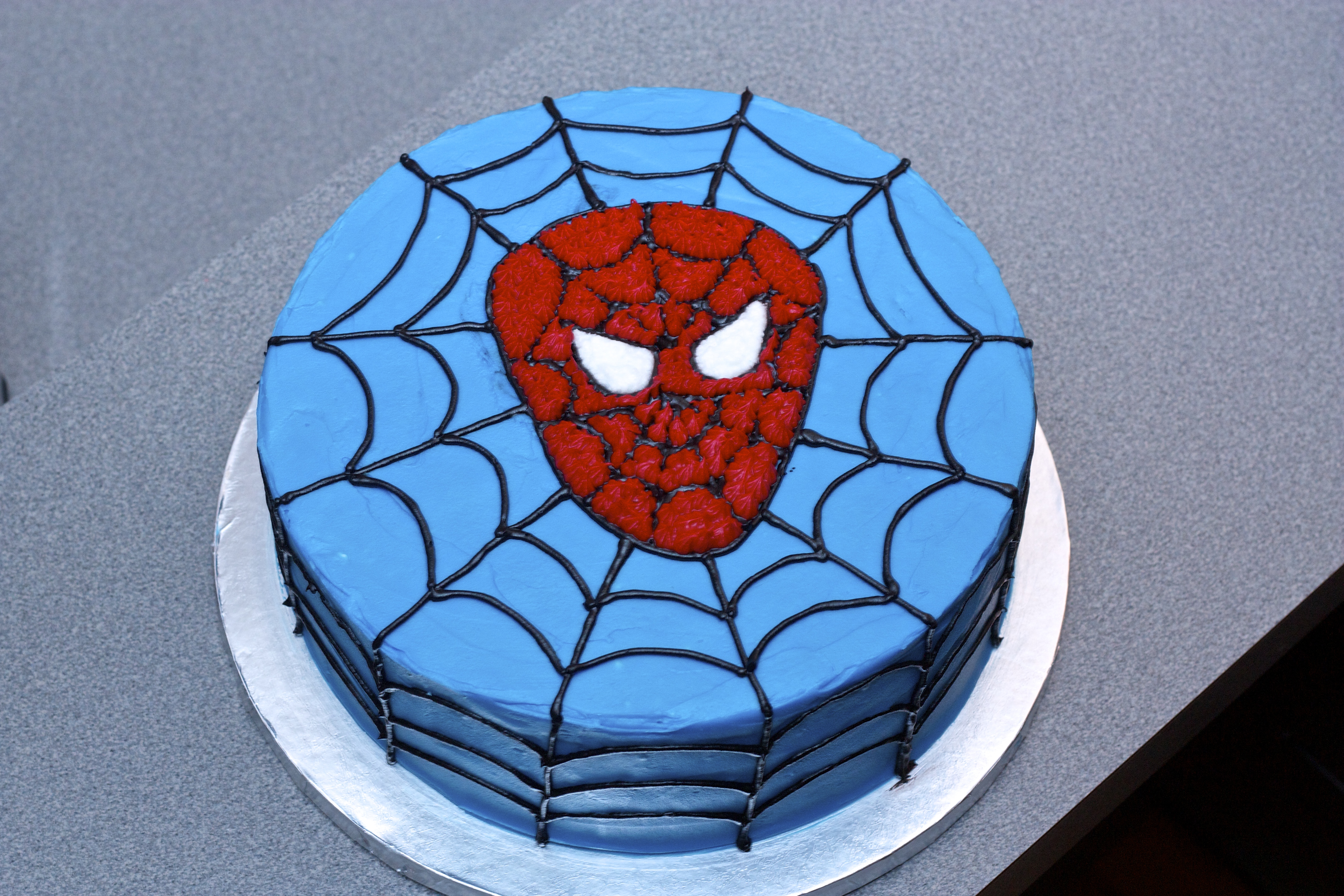 Made a Spiderman birthday cake for the son of one of my derby leaguemates. He’s turning six and is totally into Spiderman. I think every time I’ve seen him, he’s been wearing some sort of Spiderman paraphernalia.

It’s a banana cake with cream cheese icing. I had never made a banana cake before so I made a practice cake a few weeks ago. Banana cake tastes like what you would expect it to taste like. It’s a slightly sweeter version of banana bread. Tasty.

I haven’t made an all-buttercream cake in a while, and I certainly haven’t done piping like this in a long long time. It was still a fun cake to make, but buttercream certainly isn’t as forgiving as fondant (at least to me).

Hope he enjoys it!