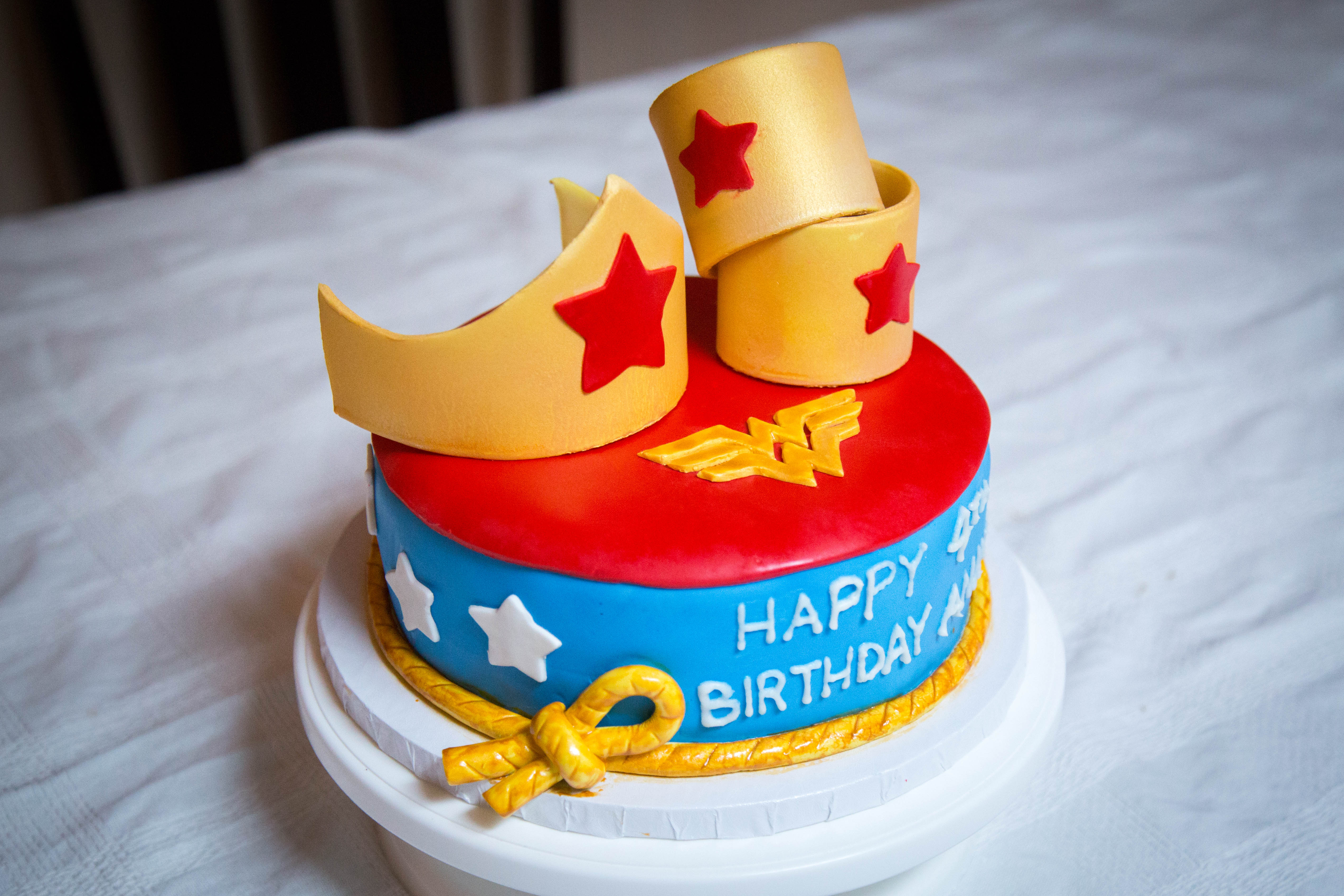 Before I made this cake, I basically knew nothing about Wonder Woman. I could identify her in a picture and that was basically the extent of my knowledge. Last week I got asked to make a Wonder Woman cake for a 4 year-old’s birthday and my education began. For instance, I think most people recognize the magic lasso and the tiara as having special powers. But her bracelets are also like her magic shield. Also, Wonder Woman flies in an invisible airplane. She’s not invisible when she’s in the plane, but the plane is invisible. It’s all very suspect.

However, despite her crazy, invisible flying machine, and her hilariously precise and indestructible bracelets Wonder Woman is a pretty rockin’ female superhero, which is why Dipak is all about his kids being fans of hers. I mean, it’s not everyday you meet a 4 year-old Wonder Woman fan.

The cake itself is a chocolate cake with vanilla icing. Her tiara and magic bracelets are made from gumpaste that I wrapped around fondant buckets and food coloring containers to help them keep their shape as they dried. I spray painted them with edible gold shimmer spray and accented them with red fondant stars. Her logo was made by using a print out as a template and painting it and the lasso was gumpaste that I rolled into a long rope. I used the back of a paring knife to add ridges and make it look like a twisted rope. A little spray of shimmer was all I needed to finish it off.

I’ve been on a superhero cake kick lately. Spiderman, Wonder Woman…what’s next?