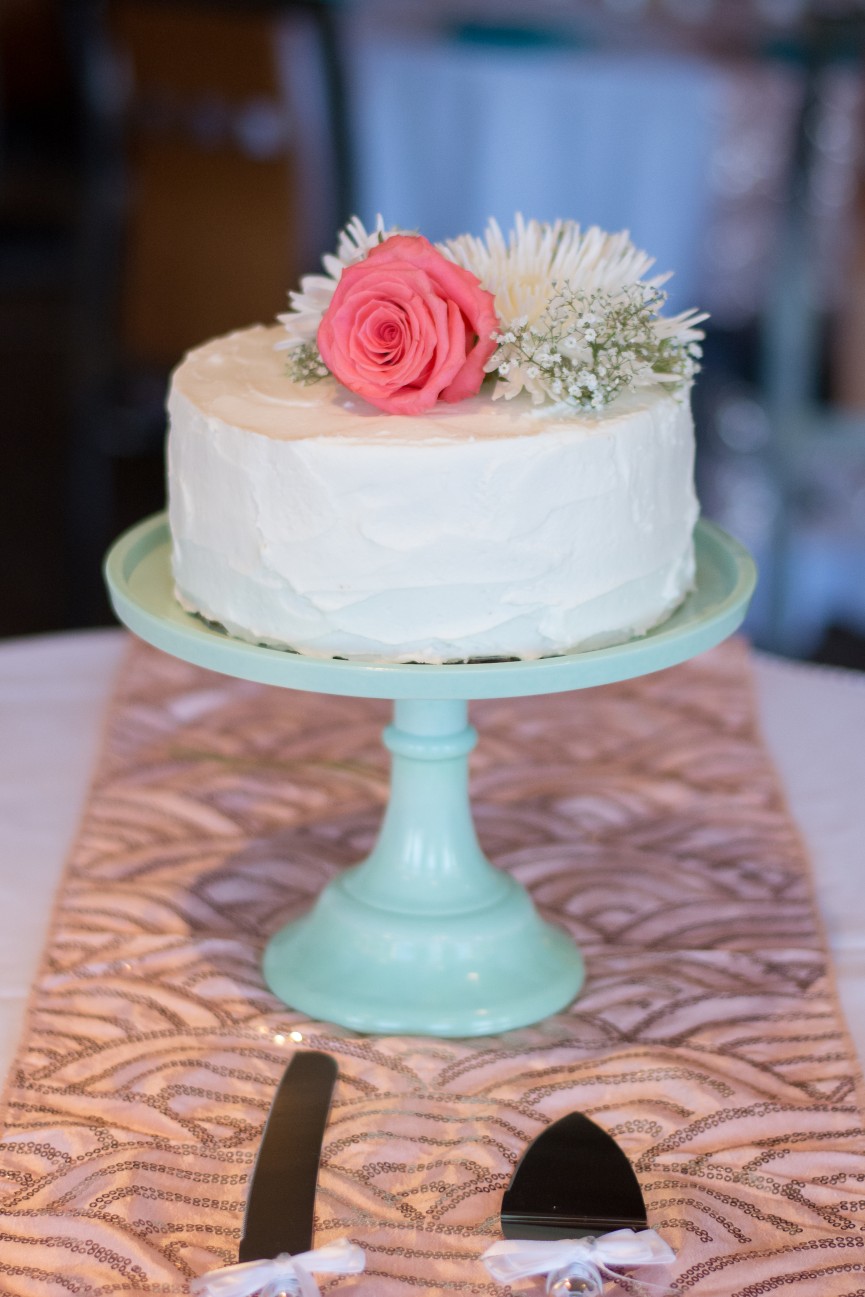 A few weeks ago I flew up to Massachusetts for Jen and Chris’s wedding celebration. They actually got married a month before in Mexico, so they had a lovely celebration of their wedding near their (and my) hometown. I went up a few days before to make the cake for the party because as one of the friends I’ve known the longest, there’s no way I was not going to make Jen’s wedding cake (unless she didn’t want me to. I’m not pushy like that).

Jen and I met the summer before freshman year of high school. We bonded over good sneakers and the saxophone during the first days of band camp. Over the next four years Jen and I became best friends, watching Center Stage over and over again, spending seven straight hours at the local mall, and educating ourselves on the goings-on of our favorite pop stars.

After high school we went our separate ways for college but always made time for each other. We visited each other at our respective schools and I remember one visit during our sophomore year that she mentioned she had met this really cute guy while visiting her mother at work. I’m pretty sure he had a puppy with him when she met him, which knowing Jen, means Chris probably had this locked in from the start.

More than a decade later, Jen and I are no longer playing saxophone, but still enjoy the goings-on of our favorite pop stars (yeah TSwizzle!), and Jen and Chris are married! They actually got married in Mexico, but had a party up in Massachusetts so all of their family and friends could celebrate with them. The pictures from their wedding were gorgeous and they threw a pretty rockin’ party!

Jen asked me to make the cake for her party and there was no way I wasn’t going to do it. It turns out she was the easiest to accommodate bride EVER. They decided to have cupcakes for the guests and a small cake for them to cut. I have honestly never decorated a cake so quickly. I’m pretty sure the entire decorating process for the cupcakes and cake took me less than 45 minutes. Woo!

The cake was a simple vanilla cake with vanilla buttercream icing. We used fresh flowers as a topper which Andrew artfully arranged.

The cupcakes were chocolate and vanilla with a light pink, vanilla icing. The icing was piped to look like roses and they were sprinkled with edible gold leaf or gold sprinkles.

From what Jen said, the cupcakes were a hit, so I’m satisfied. Such a great weekend!