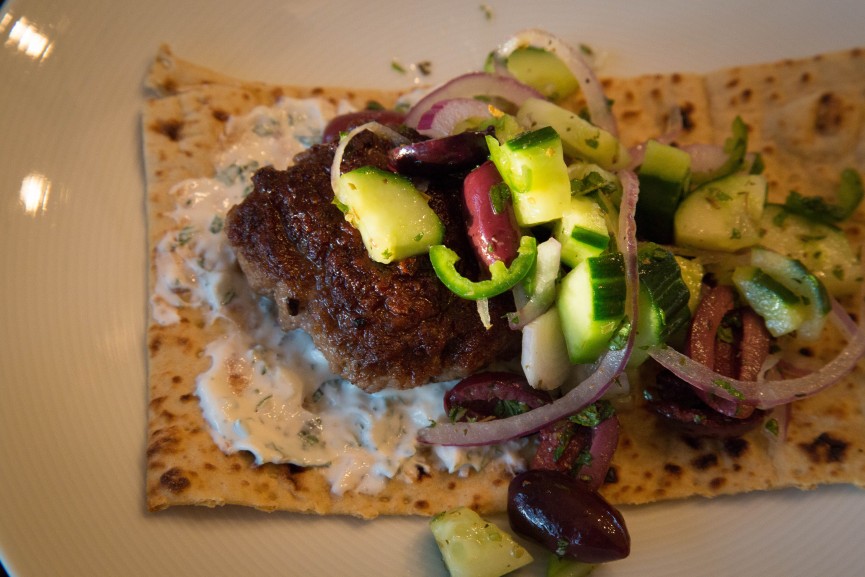 On the way down to Jen and Evan’s for Sunday Night Dinner this week, I was wondering what we were going to be having to eat. My stomach was grumbling because I ate a big breakfast late and had skipped lunch, and for some reason as we were driving down, I was really hoping we were going to have something with olives. Random, huh?

Well, what would you know? We walked in the door, the table was set, and Jen was just waiting for us to show up so she could cook the meat and be sure it was going to be hot. By the time we sat down, I gobbled up dinner. It was SO good. Just what I was hoping for.

We’re not entirely sure what it’s called, but basically Jen cooked up some lamb burgers which she served over warm pita bread with yogurt sauce and a tangy, cucumber, onion, olive salad. We all tried to wrap them up in the pitas and eat them like a sandwich, but they worked better deconstructed and eaten with knife and fork.