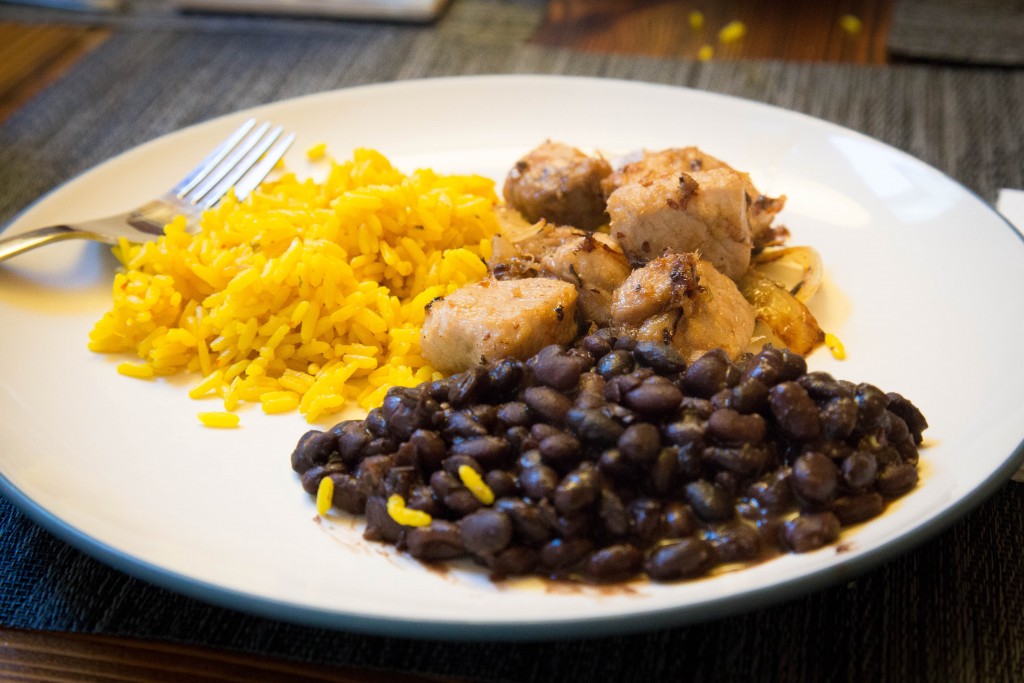 We got together for lunch this week. Andrew made masas de puerco which are Cuban fried pork chunks. When he said he wanted to make it, I was intrigued, but honestly had no idea what it was going to be like. It involved watching a YouTube video over and over and 30 (yes, you read that right) cloves of garlic, but it turned out really good.

The meat is marinated overnight in a citrus marinade. It’s then cooked in a dutch oven with water and some fat. In this crazy way, the water cooks the meat and as it evaporates, it leaves the fat in the pan to then fry the meat and give it a crispy outside. It sounds weird, but it totally worked! Andrew served it with some rice and lots and lots of black beans.