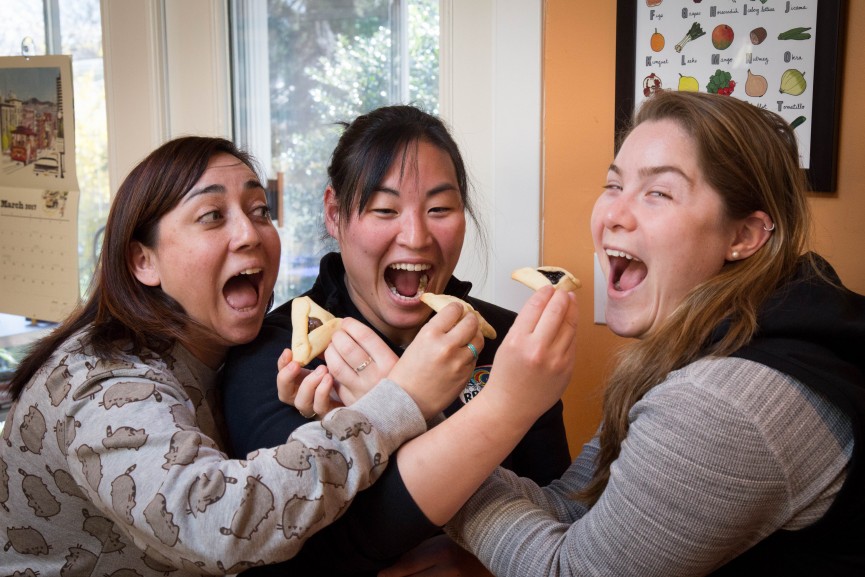 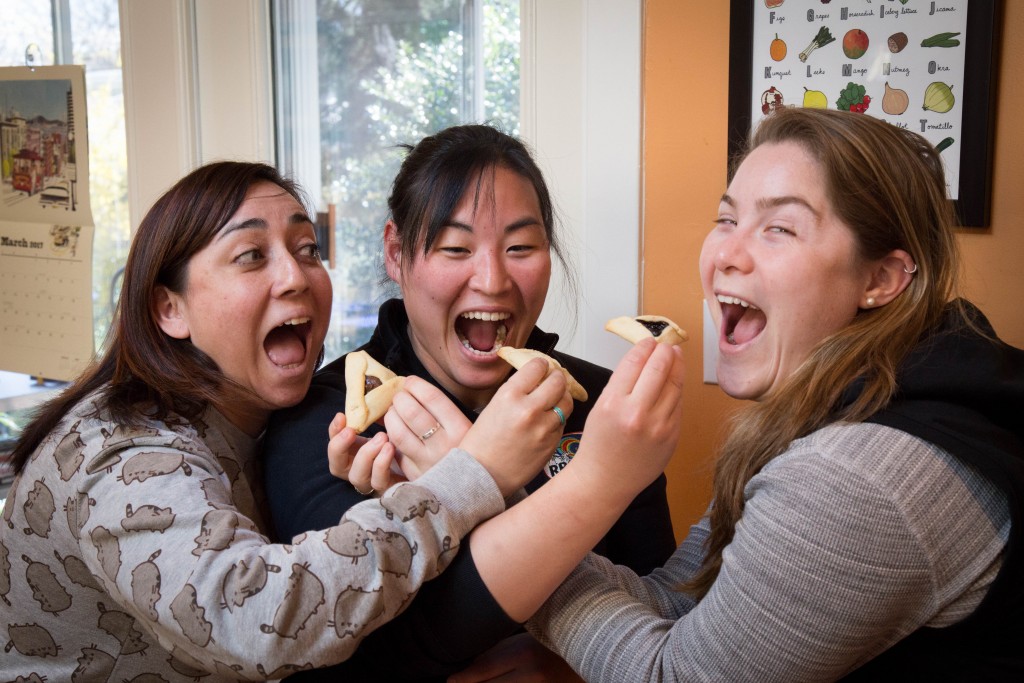 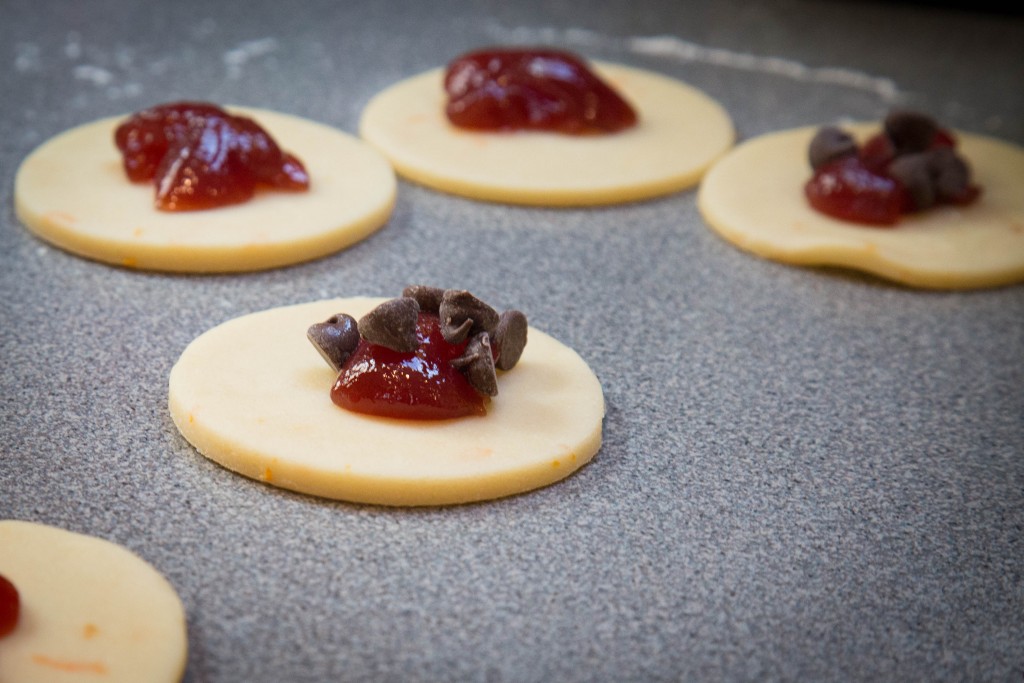 Everyone has her favorite flavor. Mine is the traditional poppyseed, some like raspberry jam, strawberry jelly, or even nutella. Sometimes I go on a limb and add chocolate chips to my hamantaschen. I’m a mavrick, I know. 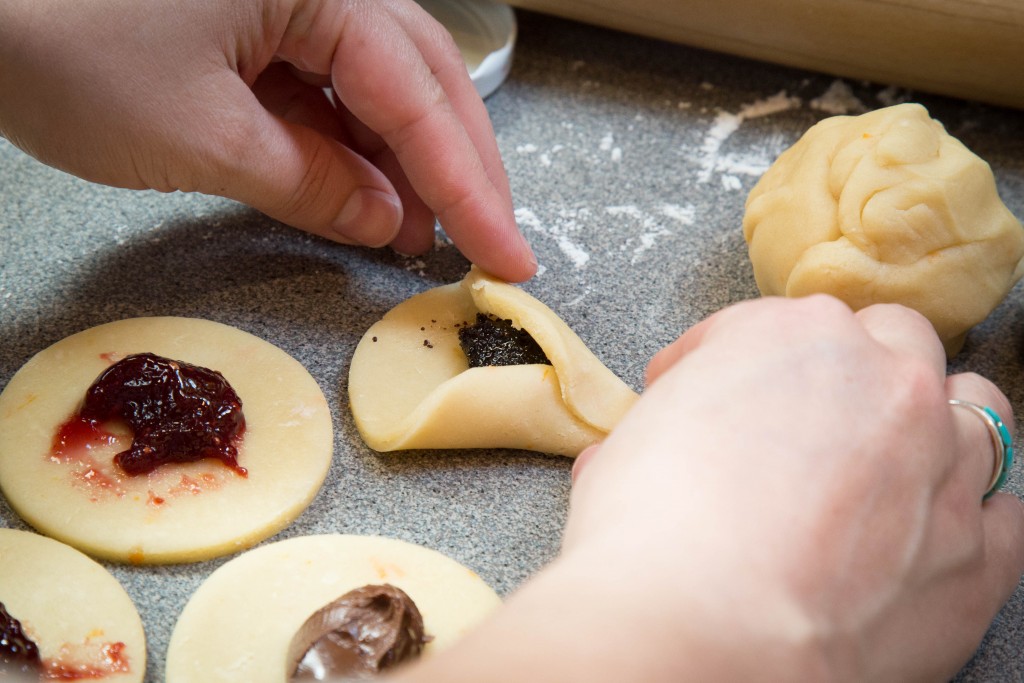 It was Malice’s first time making hamantaschen and I think she mastered the triangle folding no problem. Each of us a made our own batch of cookies to enjoy throughout the week, so we all got to take a little over two dozen hamantaschen home to eat.

Surprisingly, it did not take long for us to all to work our way through the dough and fold up our cookies. While they were baking in the oven, we had a little fun with the vegetables we had on hand. 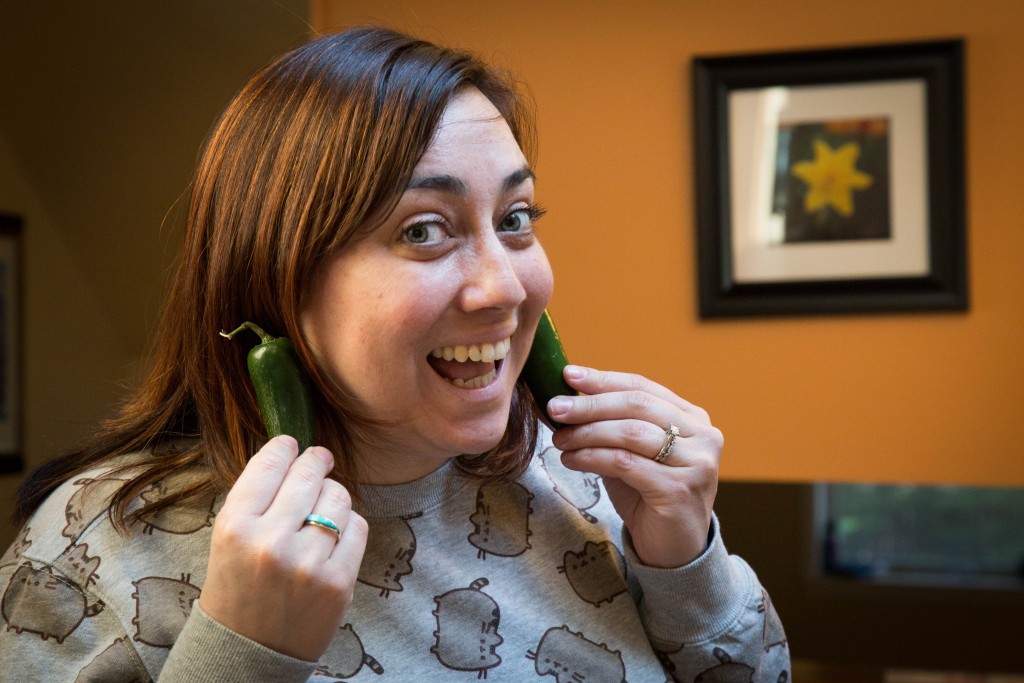 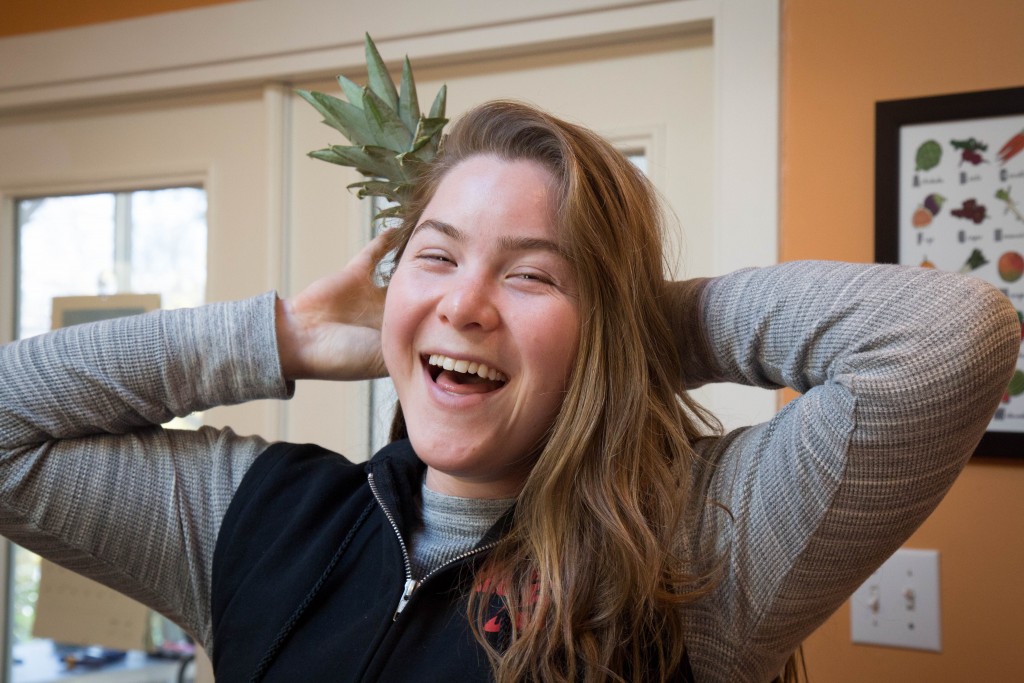 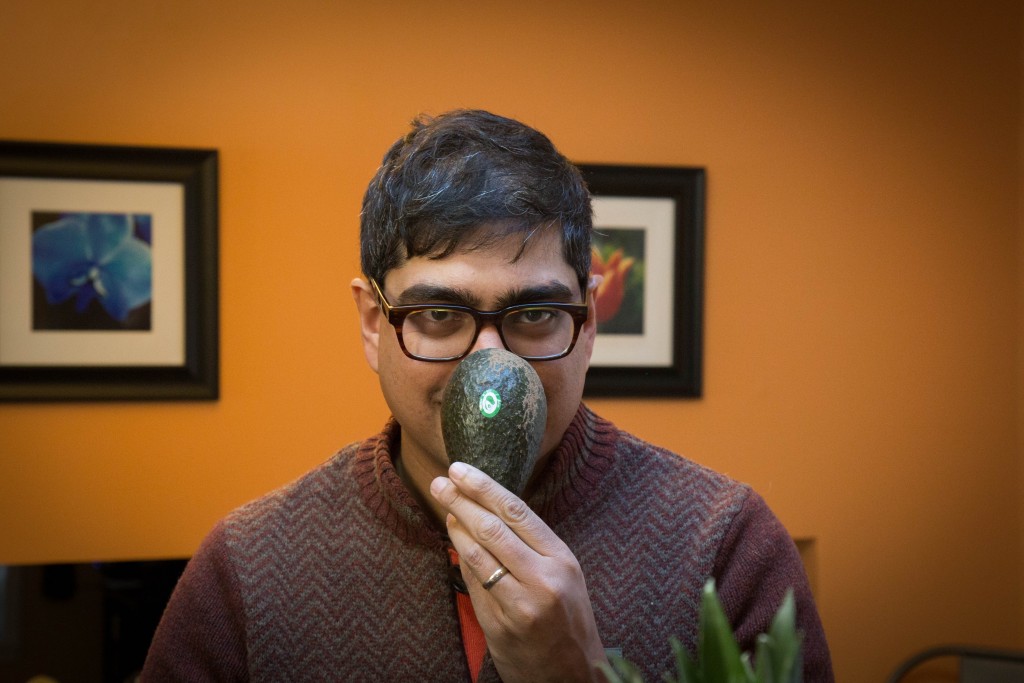 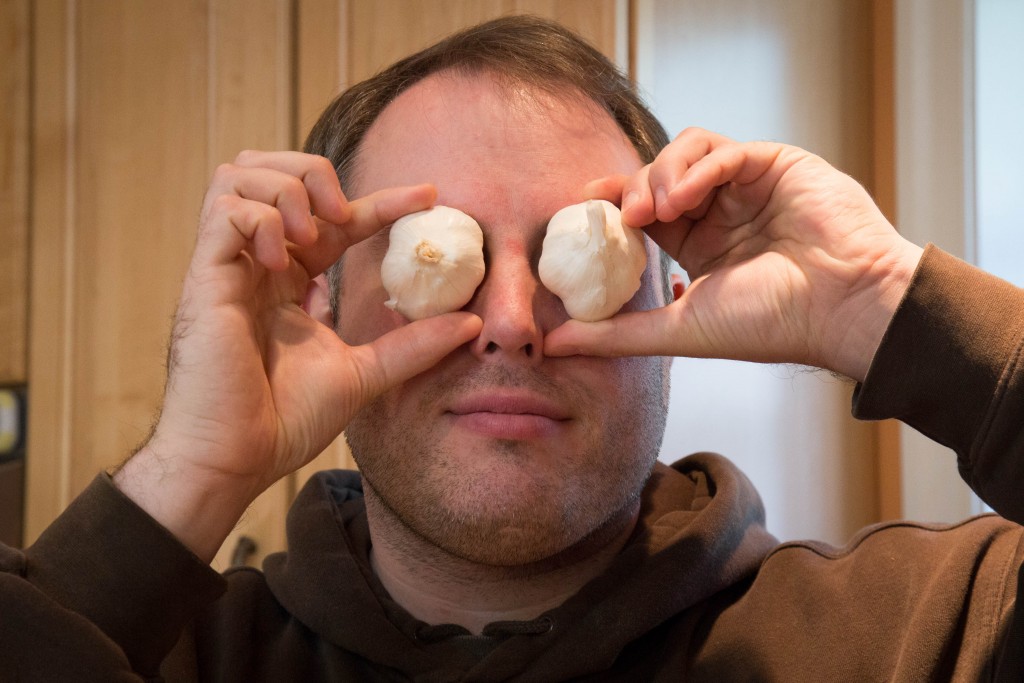 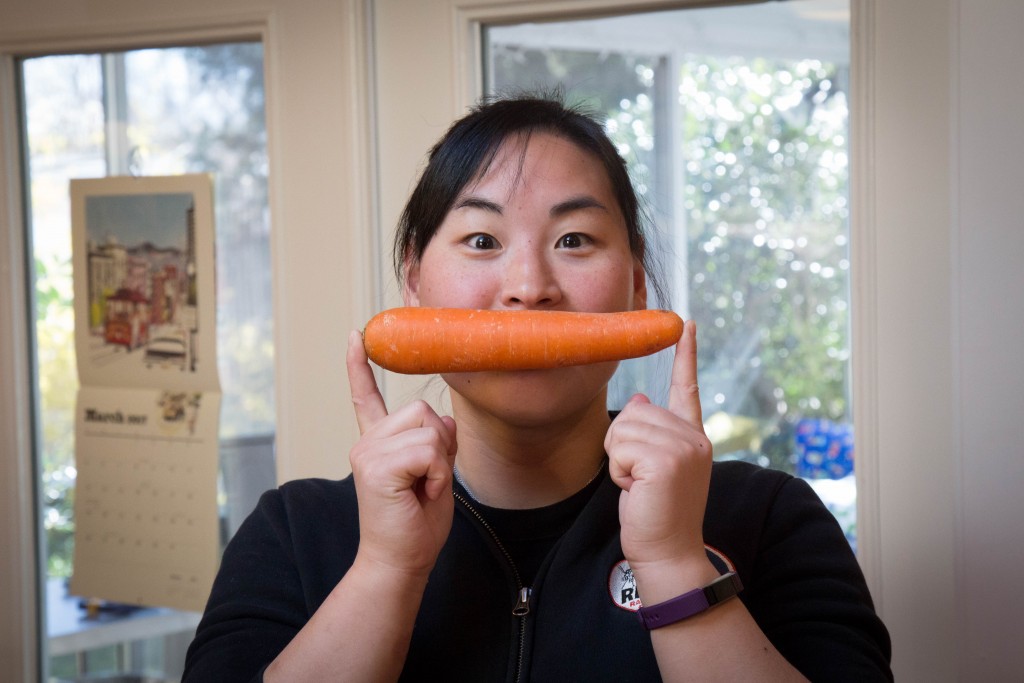 You all don’t do that? 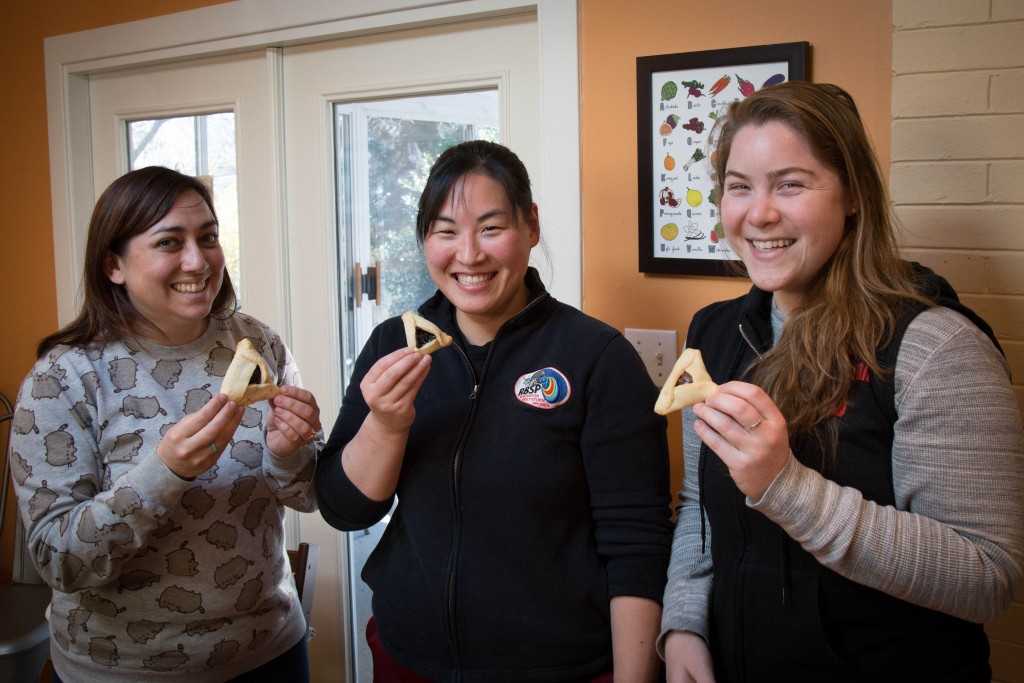 It was a really fun afternoon and I’m glad we got a chance to get together and do some baking and introduce Malice and Mr. Malice to one of the more delicious aspects of Purim. For a holiday that encourages gift-giving, dressing up in costume, and drinking, Purim is really pulling it’s weight as a fun holiday.

Yesterday, Andrew, Lulu, and I went to watch our temple’s annual Purim Shpiel. Usually we’re behind-the-scenes during the show, helping out with sets and costumes and microphones, so it was nice to get a chance to actually watch show as it’s meant to be seen instead of looking at the upside down reflection in the windows.

We decided to go as Muppets. Andrew and I went as Bunsen and Beaker (mostly because we already had the costumes in our closet…shout out to Ella (yup, same Ella) for making these with me a few years ago!) and we dressed Lulu up in a low-budget Kermit the Frog costume. I swear she was having fun, even if she doesn’t look like she is in the picture! 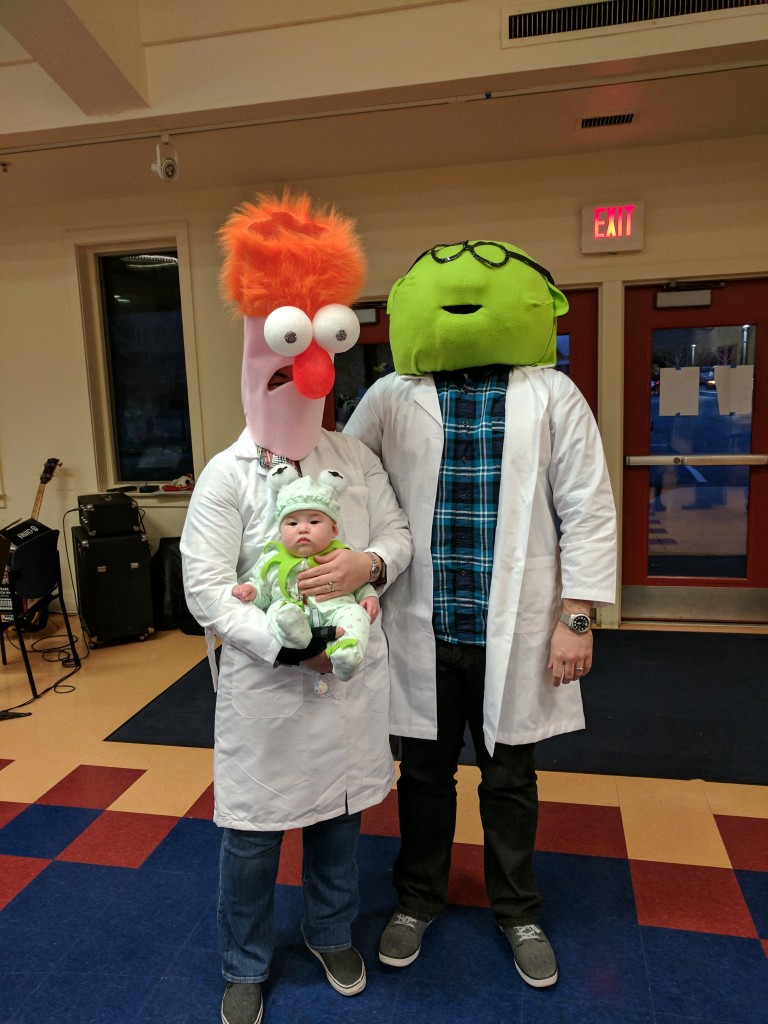 Between the cookie making, costumes, and general cheer, I would say this was a successful Purim!